Shakespeare Beach was a 1903 tract built on 140 acres previously owned by Confederate Army colonel Blanton Duncan (1827-1902). The new owners: streetcar barons Moses Sherman and Eli Clark, who just so happened to have built tracks out to the neighborhood. Although it’s unclear whether they really envisioned Shakespeare Beach as a writers’ colony, as some have claimed, the streets were indeed named for classic poets. Most – Byron, Burns, Milton, Browning, Ruskin, Moore, and Poe – were changed to boring old numbered streets by 1918, but Longfellow Avenue and Homer Street have kept their original appellations, and further east you’ll find the last vestiges of Keats, Shelley, and Tennyson streets. (Bard Street, a mile south, is probably unrelated.) 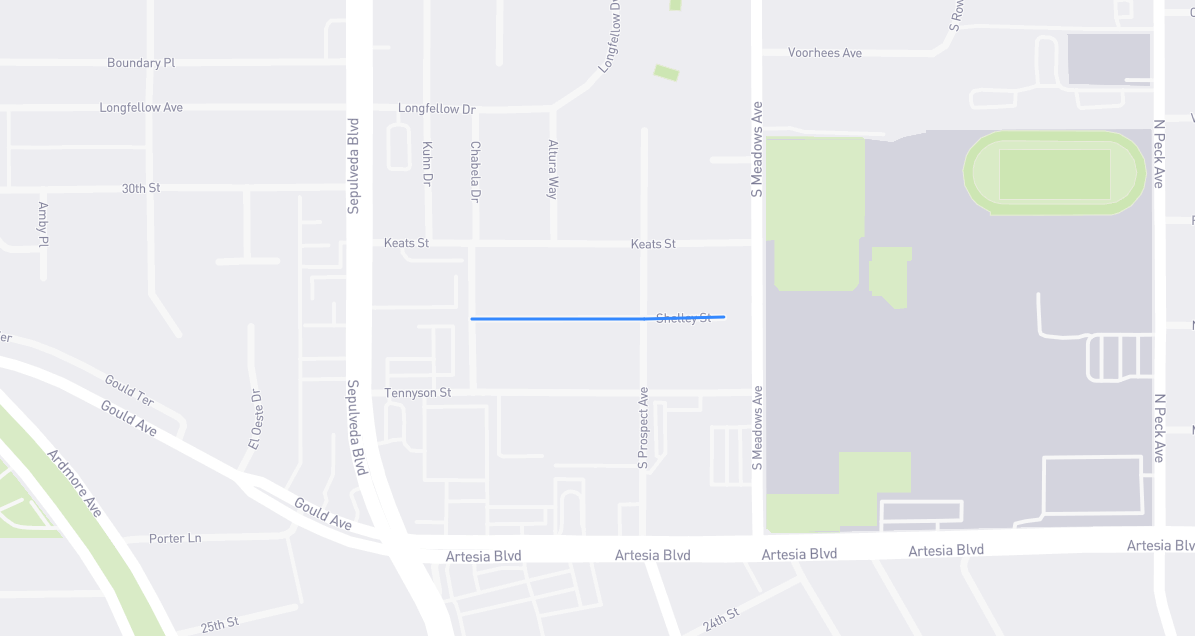