Named in 1906 for George Huntington Peck Jr. (1856-1940), the big South Bay developer (see San Pedro’s Peck Avenue for a bio) who cofounded Manhattan Beach in 1901-1902. It’s been said that Peck wanted to call his half of the city “El Porto” or “Shore Acres” and that only after losing a coin toss to rival developer John A. Merrill, who had named his half “Manhattan Beach” between First and 13th streets, did Peck agree to share the name. I don’t know about that coin toss, but the El Porto tract didn’t come around until 1911 and I found no mention of Shore Acres. In fact Peck named his subdivision North Manhattan Beach in March 1902. Its southernmost road was called First Street, instead of 14th Street as it is now, which suggests that Peck designed this as a separate town. But in 1912, a year after Peck sold 840 acres of his land to Standard Oil to establish El Segundo, the City of Manhattan Beach incorporated as one. Earlier that year, Willie (not Willa) Ann Bruce (1862-1934), who was black, purchased a seaside lot here as a resort – Bruce’s Beach – for African American guests. Race restrictions prevented black people from enjoying most SoCal beaches at the time, much less owning oceanfront property, so this was a big deal. Yet Peck’s involvement remains disputed: a single 1912 L.A. Times article stated that black beachgoers were forced to walk half a mile around Peck’s property, while other accounts claimed he supported the resort. (It’s not clear if Peck had personally approved the sale of the land to Willie Bruce and her husband Charles, but he certainly didn’t stand in the way.) Regardless, Bruce’s Beach was successful until the City condemned it in 1924, following pressure from white residents. The land was returned to the Bruces’ descendants in 2022. 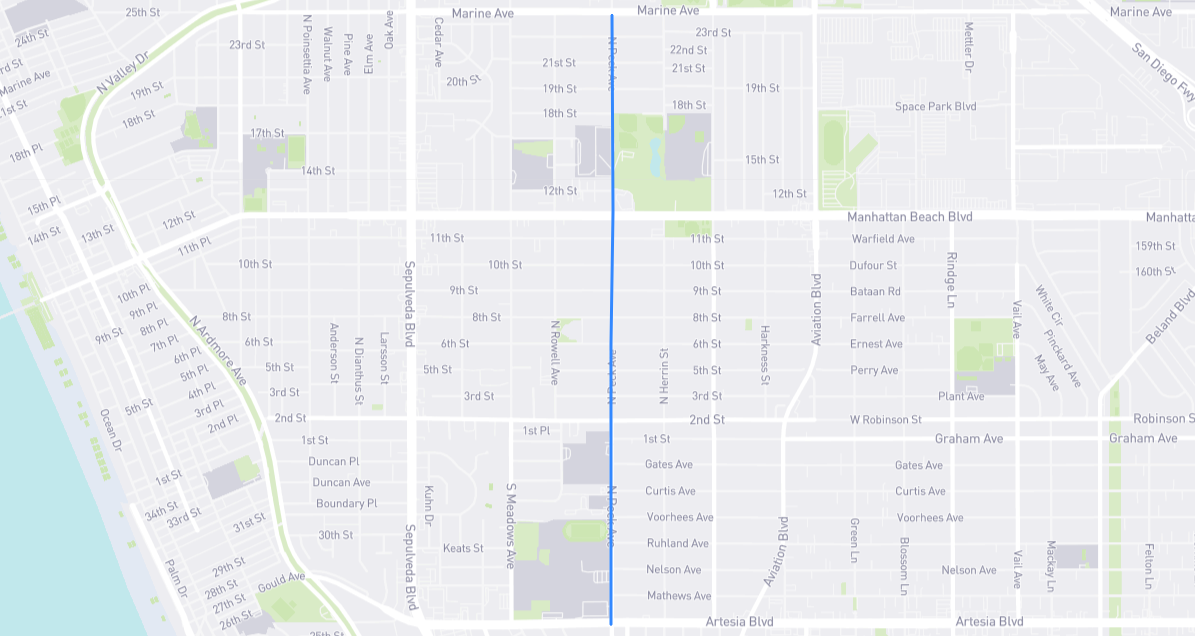