Alpine Street was first named on the 1849 Ord and Hutton map as “Calle de las Virgines – Virgin Street”. Why they used the Spanish plural and the English singular is anyone’s guess – and you may note that they spelled vírgenes wrong. It may have been a reference to bachelorettes, nuns, or even the Virgin Mary; I’m not sure. Anyway, the locals knew this as Virgin Street until August 1887, when real estate agent William P. McIntosh (1849-1930) petitioned City Council to change it to Alpine Street. McIntosh was a Canadian who had spent the 1870s in Carson City, NV running a lumber company in the Sierras. Carson City being just 25 miles from California’s Alpine County, I assume McIntosh had ties to said county, or just thought “Alpine” was better for business than “Virgin”. Richard Branson is free to disagree. 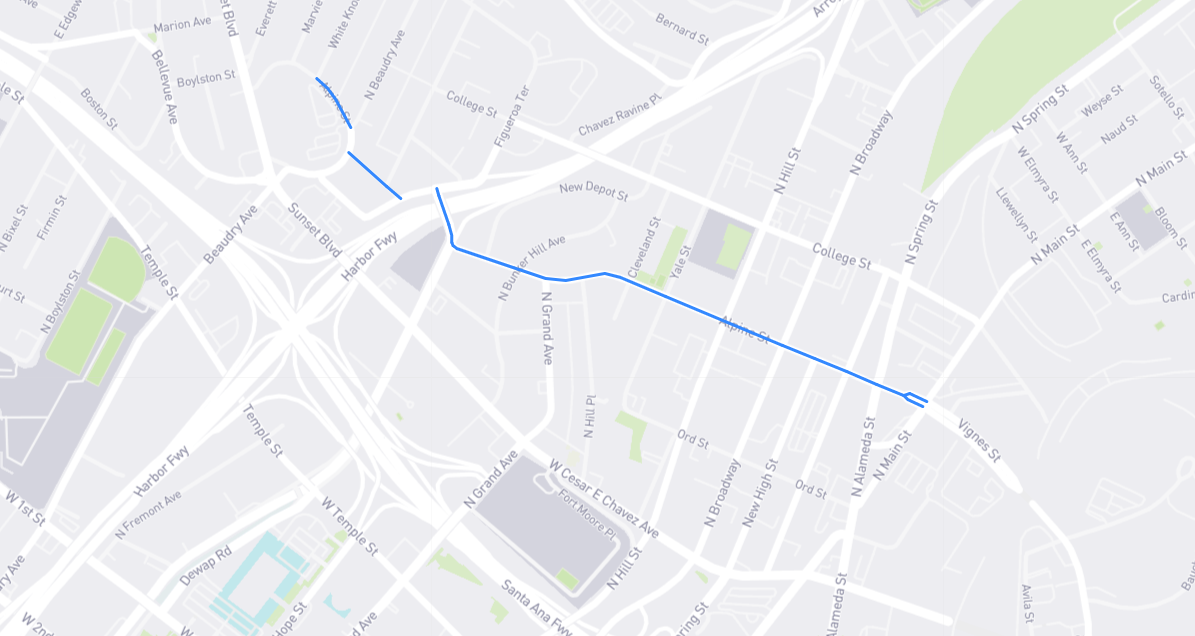