Named for the man behind the first American map of Los Angeles: U.S. Army engineer Edward Otho Cresap Ord (1818-1883). The Maryland native lived an eventful life, from rooming with a young William Tecumseh Sherman at West Point to forcing Robert E. Lee to surrender at the end of the Civil War. While still a lieutenant – he would ultimately be ranked major general – Ord came to L.A. for two months in the summer of 1849 at the behest of city leaders. He and civil engineer William Rich Hutton (1826-1901) surveyed and mapped the soon-to-be-American city. Most of the streets on their map (e.g., Flower, Hope, College) didn’t yet exist in real life; in a sense, the map was a promotional tool designed to lure newcomers to buy property in the struggling young pueblo. As for Ord Street, no, the lieutenant wasn’t vain enough to name it for himself. His map had it as Calle Alta: High Street. In 1886, it was renamed Walters Street, after resident George Walters. From 1890 onward, it’s been Ord. 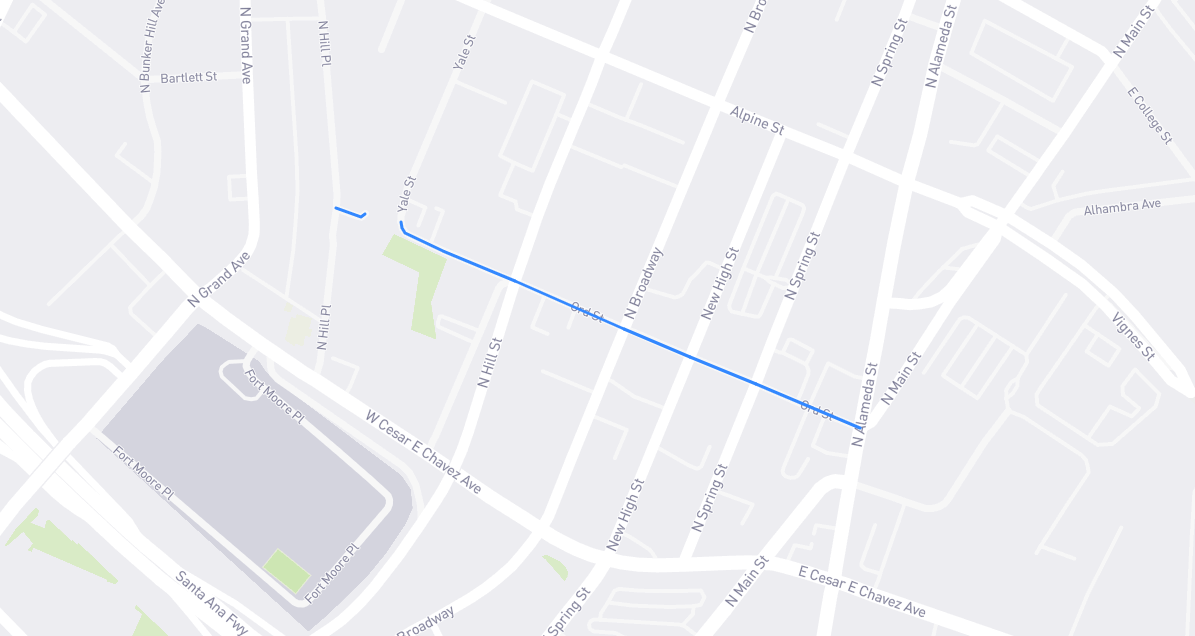