Anita Baldwin (1876-1939) was mega-landowner Lucky Baldwin‘s youngest and reportedly favorite daughter. (Sorry, Clara Baldwin Stocker.) Four years after her father’s 1909 death, the now spectacularly wealthy heiress built a fifty room mansion on his old Santa Anita ranch. (It’s said that Lucky actually named Anita after the ranch.) She dubbed the mansion “Anoakia”: a blend of “Anita” and “oak”. Baldwin, who grew up rich and famous yet shunned the spotlight, survived two turbulent marriages and divorces. She first eloped at 15, her groom being her second cousin. She next eloped at 24 with attorney Hull McClaughry. After their well-publicized split, she changed her surname back to Baldwin, as did their daughter Dextra and son Baldwin. (That’s right: he went by Baldwin M. Baldwin.) Anoakia housed a private school for many years after Anita Baldwin’s death, but was finally torn down by developers in 2000. Anoakia Lane is one of the few reminders of this lost, lavish estate, along with nearby Anita Lane and Carriage House Drive. 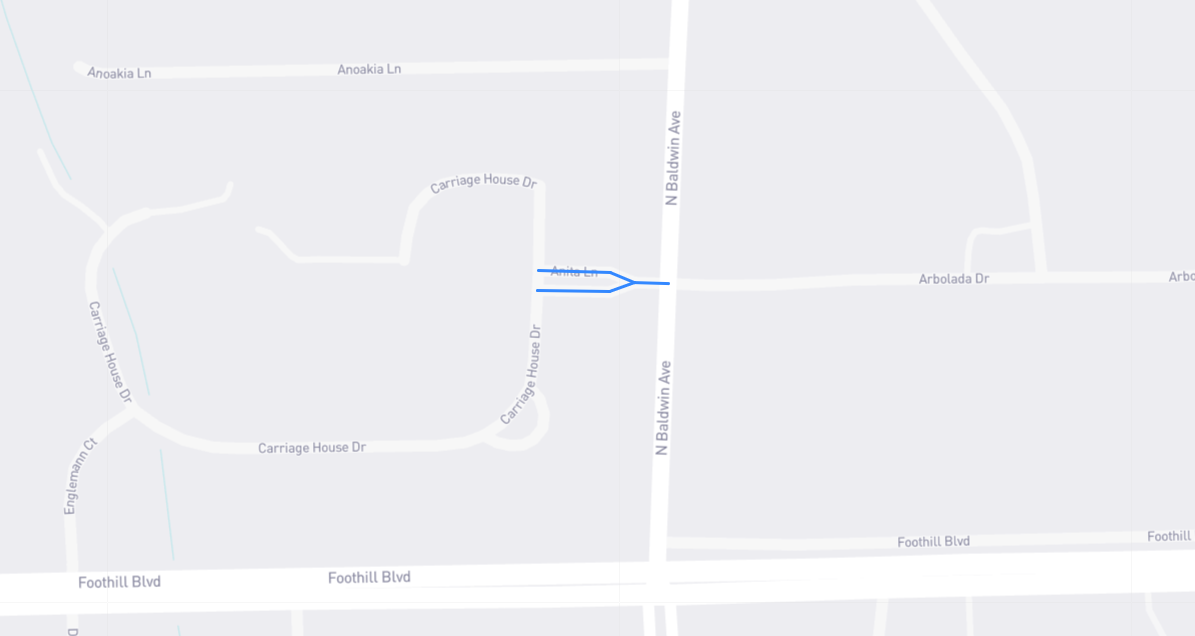