“Michillinda” is a portmanteau of three states: MICHigan, ILLinois, and INDianA. The Michillinda tract was opened here in 1912 by the California-Michigan Land and Water Company (Cal-Mich), “a syndicate of Michigan millionaires”. These so-called millionaires must have known about Lake Michigan’s Michillinda resort, named in 1895 in honor of its founders’ home states. Utility footnote: since Cal-Mich had to install a domestic water system on its new development, it wound up becoming a water utility in 1913. Even today, Cal-Mich still owns the East Pasadena Water Company. 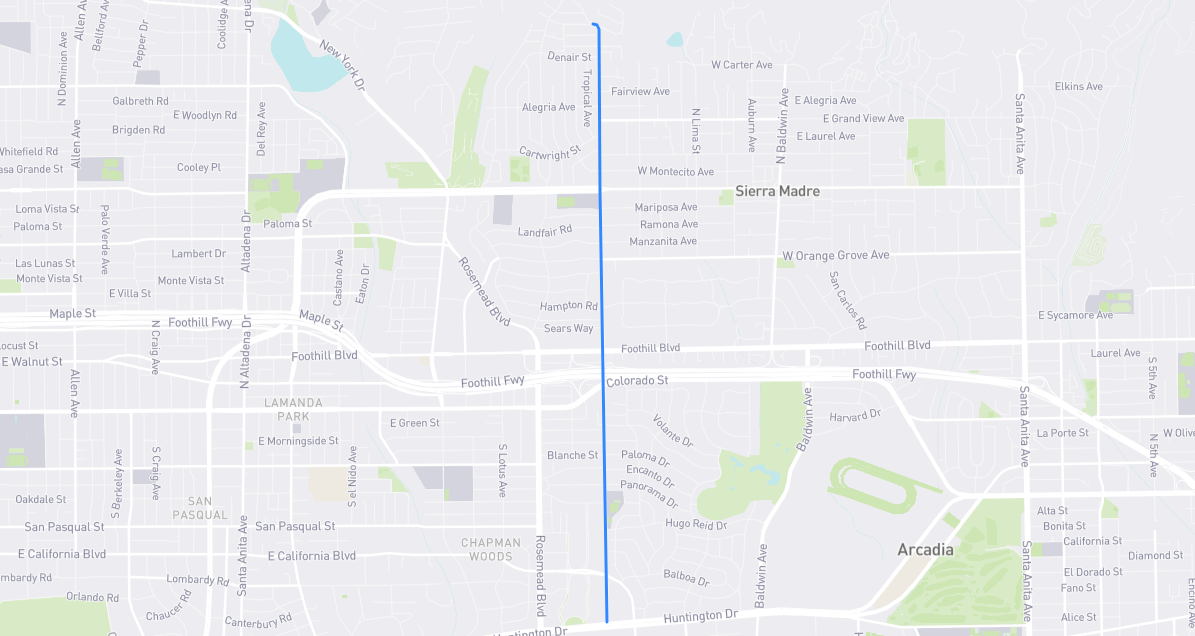