Santa Monica once had an 8th Street. Now it’s Lincoln Boulevard – named for Abraham, naturally. Here’s how Lincoln came to town: In November 1913, a fellow named Pleasant “Plez” James (1836-1918), former city clerk of Venice, petitioned to change the name of Compton Road – that is, Venice’s continuation of SM’s 8th Street – to Lincoln Boulevard. At the time, Washington Boulevard was the primary road between Los Angeles and Venice, and James thought it deserved a presidential counterpart. (Poor Compton: even back then, the name was looked down upon.) Meanwhile, SM’s 8th Street was considered that city’s “back country”, and like Compton Road it was a muddy mess. So in 1914, both Santa Monica and Venice agreed to widen and pave this shared thoroughfare, although SM’s 8th Street didn’t officially adopt the Lincoln Boulevard name for another decade. In 1932, Lincoln finished its expansion down to LAX, which was then called “Mines Field”, a frankly terrifying name for an airport. 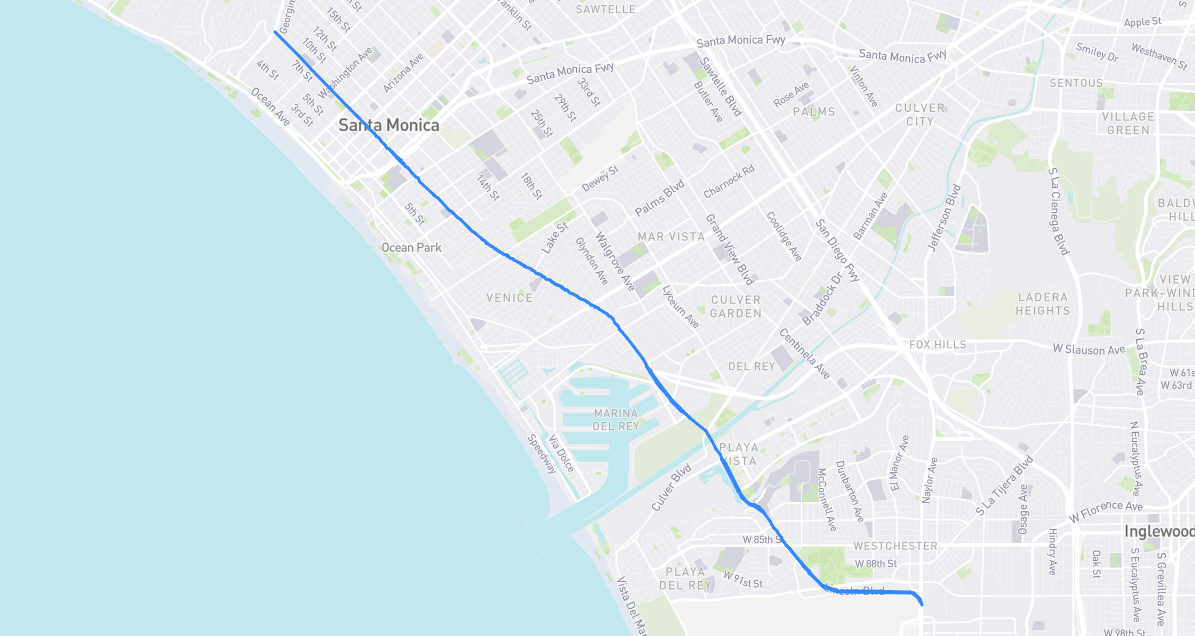