Named for Dr. Frank Forrest Barham (1879-1953), who owned “considerable property on the boulevard”. But he was more than just a landowner – he was also a newspaper publisher. Although the Anaheim-born Barham graduated from the USC Medical School in 1906 (hence the “Dr.”), surgery apparently wasn’t his cup of tea, so he and his brother Guy joined the fourth estate in 1911 and transformed the Los Angeles Morning Herald into the Herald-Express. When Guy died in 1922, Frank served as the paper’s publisher until retiring in 1950. Barham Boulevard was originally the southern extension of Pass Avenue, but locals called it the “Hollywood–Burbank Boulevard” and “Dark Canyon Road”. (There’s still a driveway off Barham called Dark Canyon Drive.) It became part of Hollywood Way when that street was named in 1924, then finally evolved into Barham in 1932, possibly as thanks for Frank Barham’s help in bringing the 1932 Summer Olympics to Los Angeles. 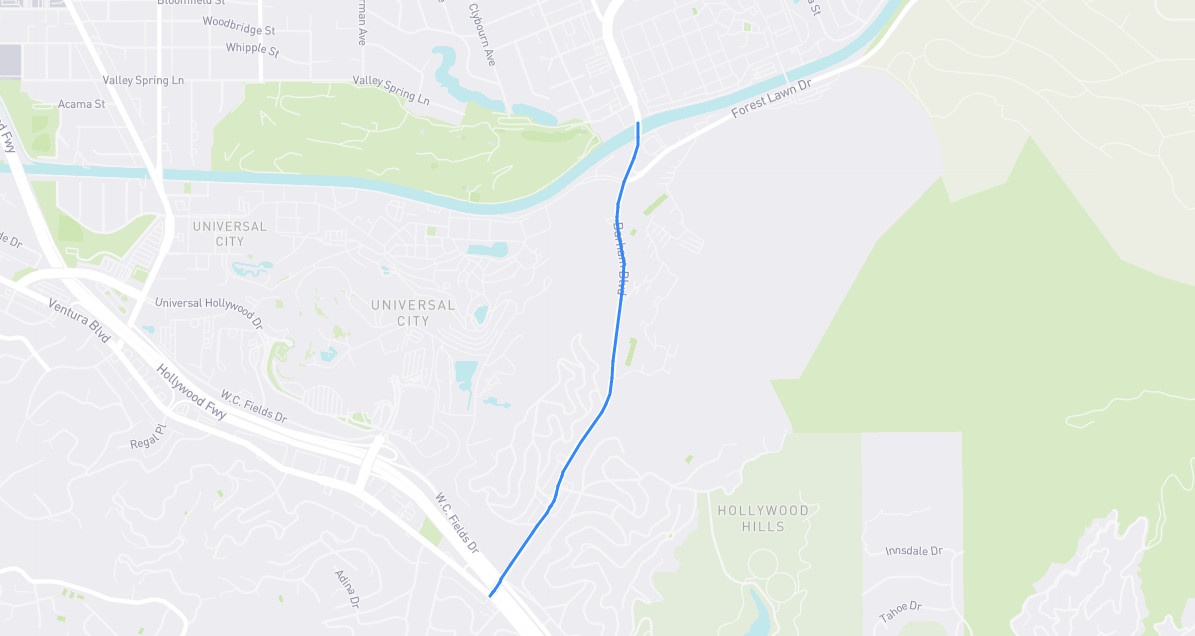