Cheremoya and Tamarind avenues were both named on the Hollywood Pineapple tract in 1906. All these tropical fruits – above all the pineapple – were grown right here in Hollywood by orchardist John B. Rapp (1847-1936), his wife Elizabeth (1851-1928), and their seven kids. The German-born Rapps, who came to what was then called the Cahuenga Valley in 1879, owned and farmed this land; earlier in 1906, they sold part it to Jesse Martin Roberts and Sanford Rich, who then set up the tract. Incidentally, Rich (1840-1930) was the first mayor of Hollywood back when it was its own city. Either he and Roberts didn’t know how to spell “cherimoya” or that was the accepted spelling in 1906. 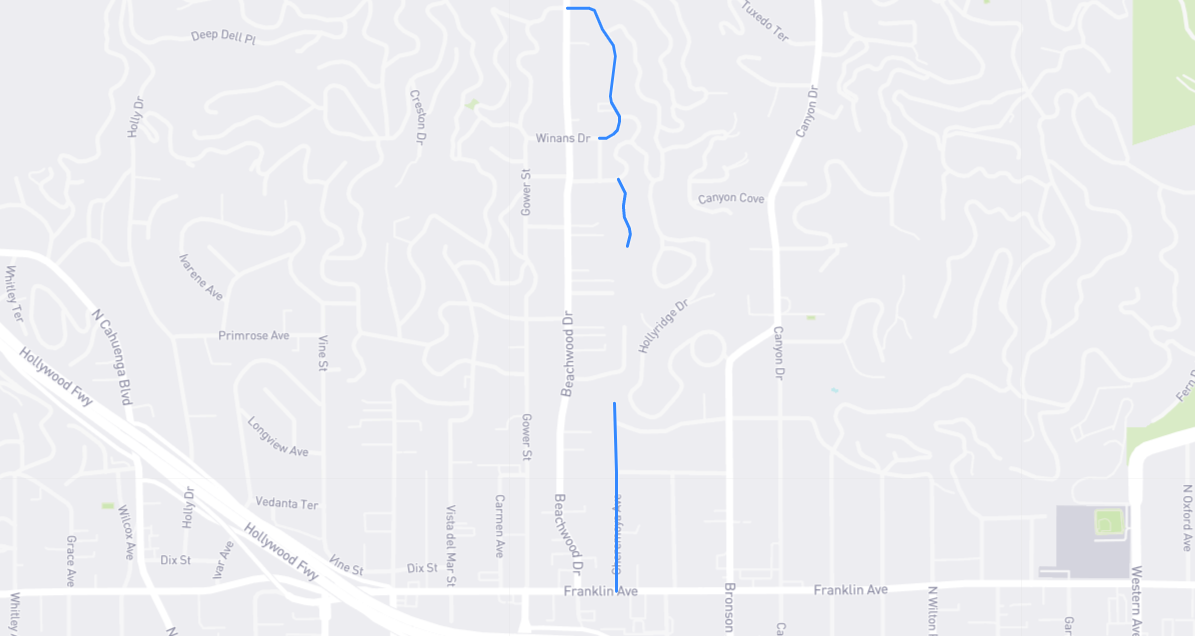