Named for Carroll Sylvanus Whitcomb (1865-1933), whose father George officially opened Glendora one day after Carroll married his first wife Ada there on March 31st, 1887. (It’s no coincidence that both Carroll and Ada avenues were named that year.) Born in Steubenville, OH, the younger Whitcomb came of age in Chicago. Some claim it was because of his health woes that his family left the Windy City for the San Gabriel Valley in 1885. At any rate, he was key in developing his father’s town – he even established the First National Bank of Glendora in 1907 – although he mostly identified as a citrus farmer. Apart from a few years in Oregon and the Visalia area, Whitcomb remained in Glendora but also kept a sheep ranch in Humboldt County, where he died. He had five kids with Ada; in 1915, a year after her death, he married Laura Arline Sellers (born Wooster, OH 1876-1946) and had a son with her. 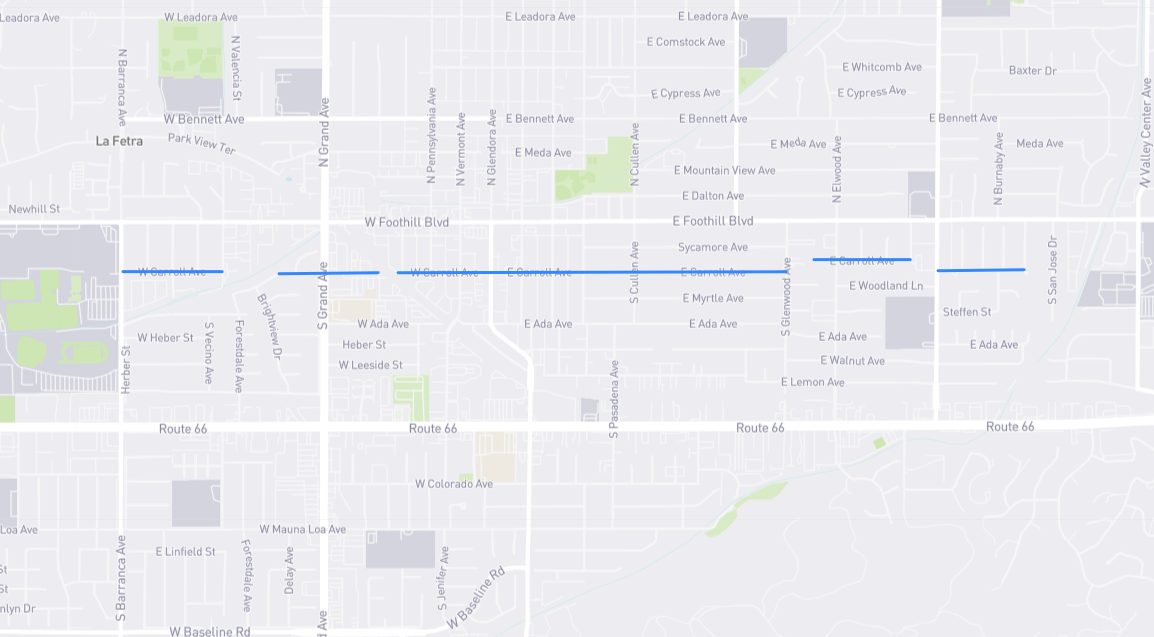