The Lane (née Mullican) sisters were four Iowa gals who got their break in 1933 as singers for bandleader Fred Waring. Hollywood soon came calling, resulting in a series of Lane Sisters movies. Priscilla (1915-1995) went on to solo fame, headlining Alfred Hitchcock’s Saboteur and Arsenic and Old Lace with Cary Grant. We know Burbank’s Priscilla Lane was named for her because she broke a champagne bottle over the street sign at its 1941 christening. (It was likely a publicity stunt engineered by Warner Bros., where she was under contract.) Less than a mile away is Rosemary Lane, named in 1942 for Priscilla’s big sister. Rosemary (1913-1974), stuck in B-movie limbo while Priscilla’s star soared, quit Hollywood in 1945. Priscilla herself retired three years later. The other two Lane sisters, Leota and Lola, have no streets in Burbank, but Superman co-creator Jerry Siegel said he named the character Lois Lane after Lola, so she had that going for her. 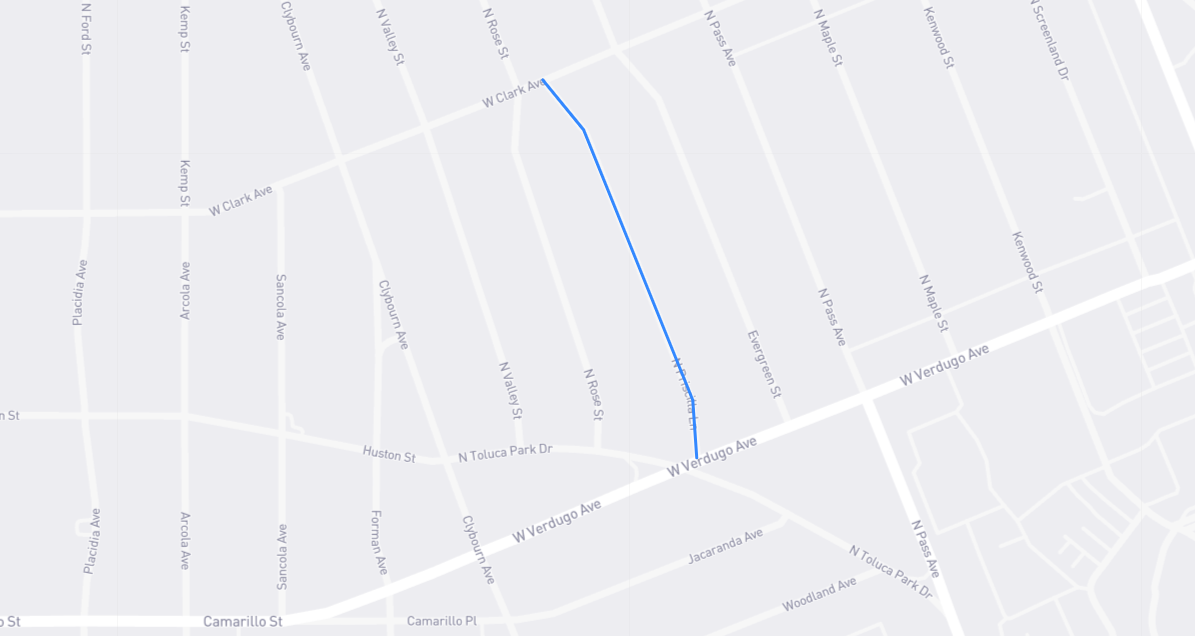