George Albert “Bert” Lemay (1853-1938) and his son-in-law Charles Austin Bevis (1876-1961) were residents of Newton, IL who came to Van Nuys with their wives and children in 1913, built two houses side by side at present-day Gilmore and Tyrone, and lived there for the rest of their lives. Back in Newton, Lemay made livery equipment and buggies and Bevis was a school superintendent. In the dusty new town of Van Nuys, they partnered as real estate agents. Soon more Newton expats showed up in Van Nuys, including Bevis’s nephews Harry and Delbert Bevis; Harry would start his own real estate concern and took over Lemay & Bevis in the 1940s. Lemay Street and Bevis Avenue were named in 1923 where they intersect, just north of Van Nuys High. 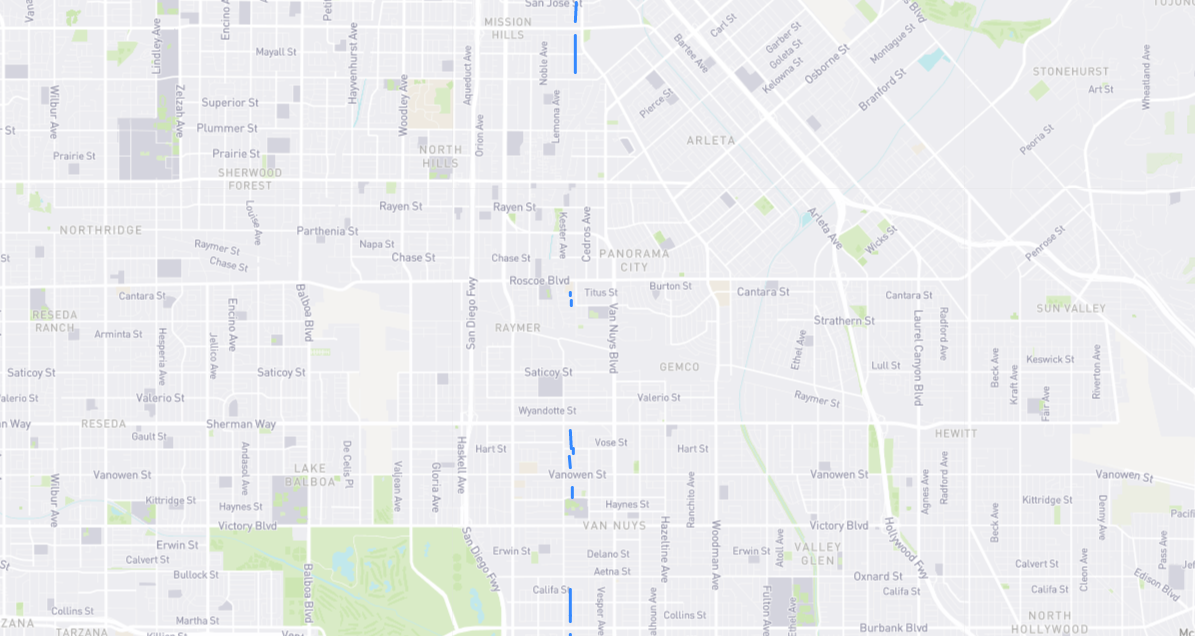