Isaac Newton Van Nuys (1835-1912) was key to the San Fernando Valley’s transformation from farmland into suburb. Hailing from a farming family in Upstate New York, Van Nuys sought warmer climes, so around 1866 he opened a general store in Napa Valley. There he met Isaac Lankershim, a grain farmer who would change his life. Lankershim was purchasing 59,500 acres of the San Fernando Valley from Pío Pico, and Van Nuys decided to invest. This led him to move to L.A. in 1874 and marry Lankershim’s daughter Susanna (1846-1923) in 1880. The two Isaacs made a fortune growing wheat, but at the time of Lankershim’s 1882 death, Van Nuys was diversifying into banking and real estate. As such, in 1909 he sold the Lankershim Ranch to some very big-name developers (see Whitley Avenue). The neighborhood of Van Nuys was named for him in 1911, although W.P. Whitsett was its true founder. 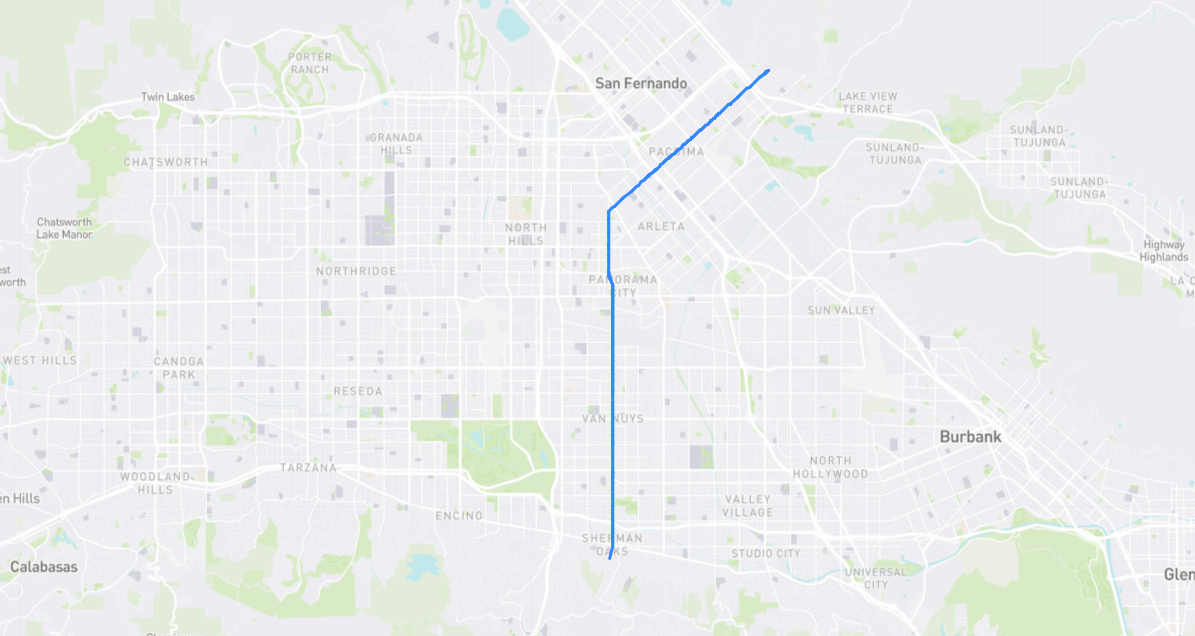