Like Glendale’s own Brand Boulevard, this street is named for developer Leslie Coombs “L.C.” Brand (1859-1925; see that other Brand Blvd. for his bio.) In 1903, railroad baron Henry E. Huntington wanted to extend a line of his Pacific Electric Railway from Glendale to San Fernando. Brand, who practically owned Glendale, saw an opportunity for growth, so he formed a syndicate of investors (including Harrison Gray Otis, William Kerckhoff, Joseph Sartori, and Huntington himself) to option 16,000 acres of George K. Porter‘s property near the Mission. They incorporated as the San Fernando Mission Land Company in December 1904 and bought the property a month later. A few years on, there was great controversy about when exactly this syndicate learned that said property was on the planned route of the Los Angeles Aqueduct – infrastructure that would guarantee huge profits for its owners. Nevertheless, in 1912, with the aqueduct and a separate Pacific Electric line up from Van Nuys both nearing completion, Brand’s syndicate opened their 16,000 acres for individual sales and this Brand Blvd. was christened. 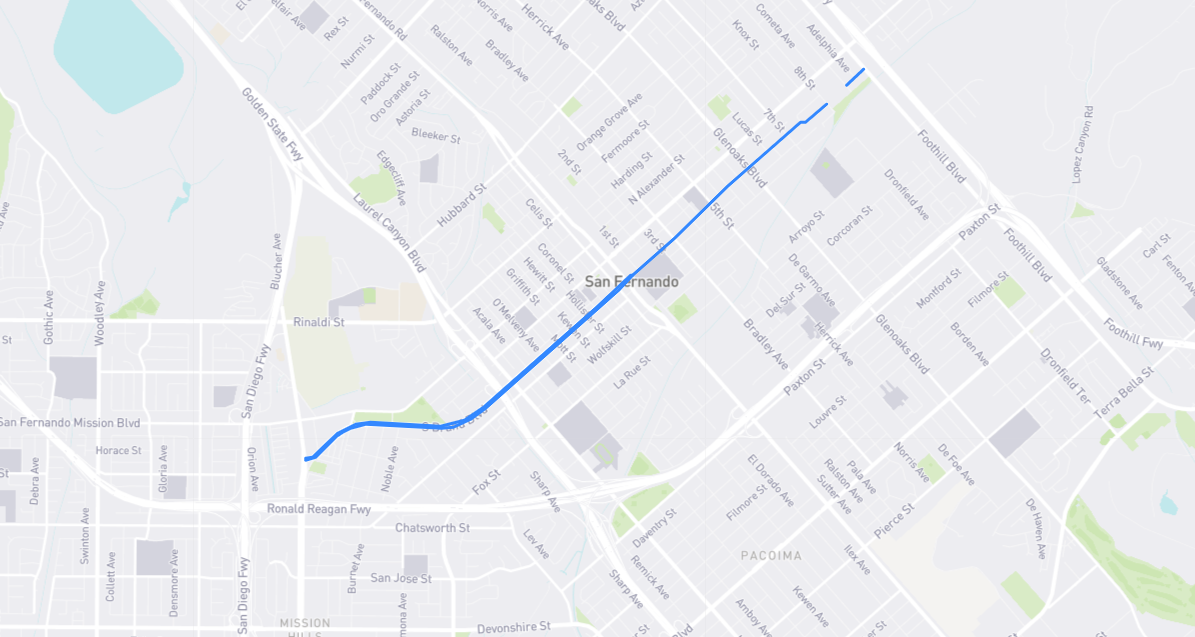