On the 1849 Ord/Hutton survey map of Los Angeles, the road that eventually became Broadway was called Fort Street. It was named after Fort Moore, an unfinished hilltop garrison built by U.S. soldiers in 1847 at the height of the Mexican–American War. (The fort’s namesake was Cap. Benjamin D. Moore, slain in battle in 1846.) It was renamed Broadway in February 1890 after local printer Fred Lind Alles (1851-1945) spent months petitioning for the change. His argument was that L.A.’s German immigrants kept confusing “Fort Street” with “Fourth Street”, but he may have also wanted to copy the name of New York’s illustrious thoroughfare to add some class to the rapidly growing Los Angeles. (At the time, L.A. had a different road called Broadway Street; it was absorbed into Toberman Street that same month.) A number of other streets would later lose their names to Broadway, including Eternity Street, Buena Vista Street, and Downey Avenue (not to be confused with today’s Downey Avenue). A good chunk of Moneta Avenue became Broadway in 1925-1926. 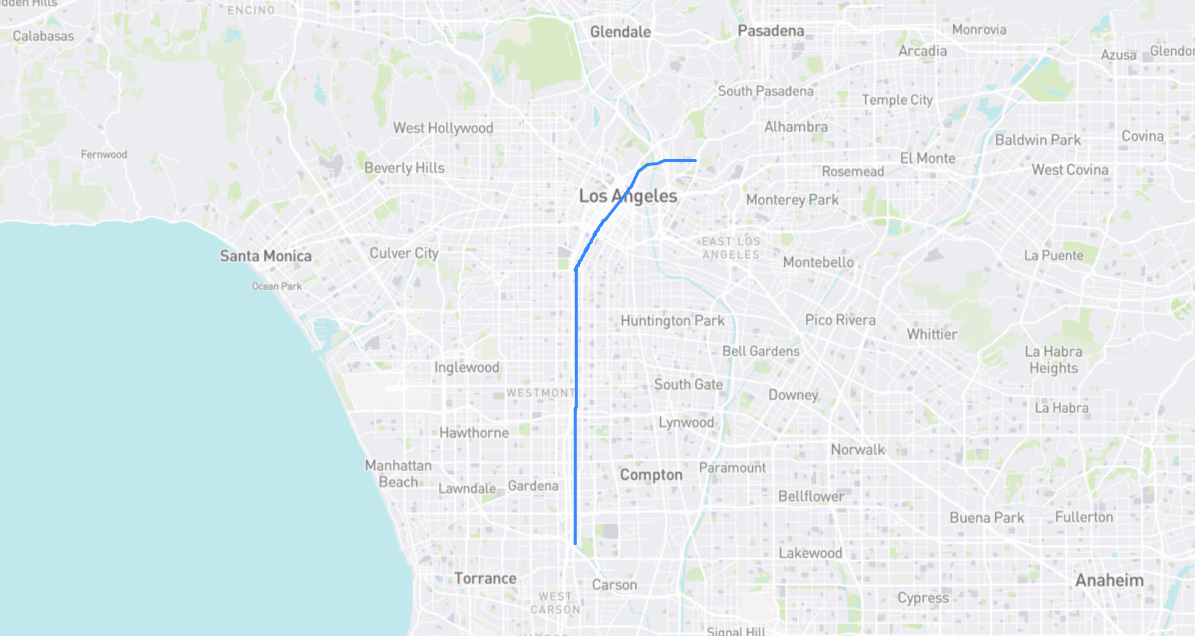