Calvin Fletcher Jr. (1826-1903) was one of the few actual Hoosiers in the “Indiana Colony” that would become Pasadena. Born into a prominent Indianapolis family, Fletcher made his money in agriculture and railroads, and in 1869 built a huge mansion in the town of Spencer. In 1873-1874, as a founding member of the San Gabriel Orange Grove Association, Fletcher came out west and laid out the townsite of the future Pasadena; in the process, he named Orange Grove Boulevard – and probably Colorado, California, and Columbia boulevards as well. (They were all just “avenues” then.) Fletcher owned 180 acres here, but barely made use of them: soon after laying out the town, he toured Europe for several years, then went back to Indiana. Fletcher Ave. was named by 1906. 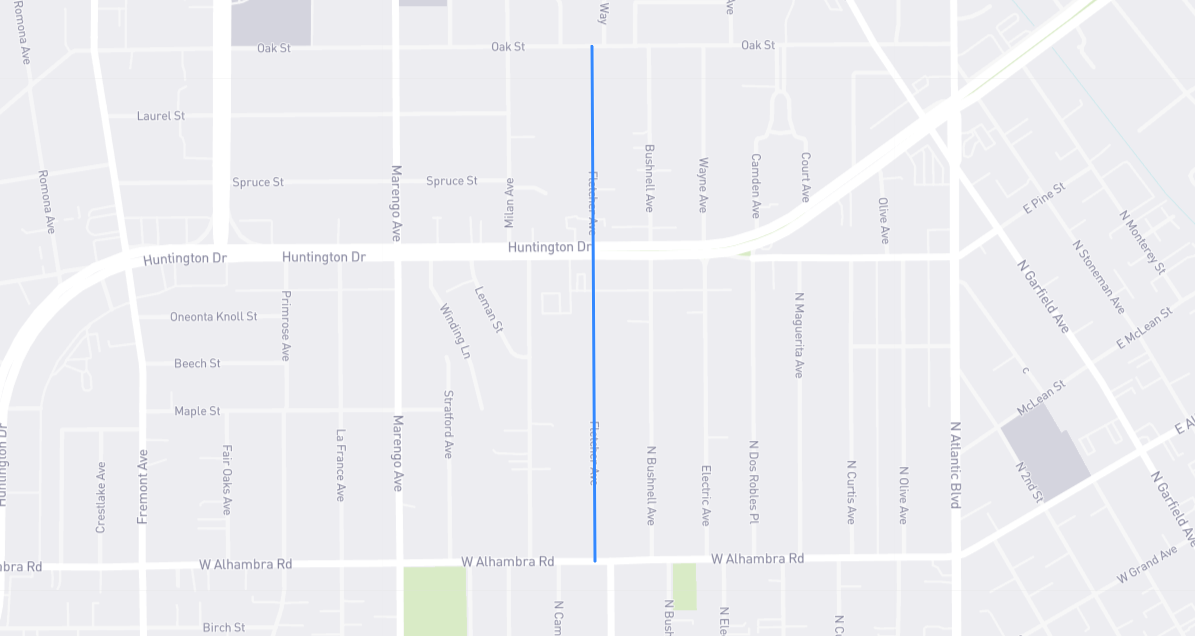