This little access road, named in 1964, recalls the long, tragic history of Chavez Ravine, about which much has already been written. The name itself comes from Julian Antonio Chavez (1808-1879), a New Mexican who moved to Los Angeles c. 1844 and obtained some 83 acres here. He sold the land in 1873 but it remained associated with his name: Chavez Ravine was identified on an 1884 map. Years later, a semi-rural Mexican American community would emerge here. City leaders saw it as a slum, however, so in 1950, using eminent domain, they started buying out homeowners so that a public housing project called Elysian Park Heights could be built. In 1953, with Chavez Ravine now largely empty – although some unshakable residents would stay put for a few more years – newly-elected L.A. mayor Norris Poulson, a staunch conservative, killed the public housing plan altogether. The City then bought back the land, forced out the last residents, and conveyed it to the Brooklyn Dodgers baseball team. Dodger Stadium opened here in 1962. 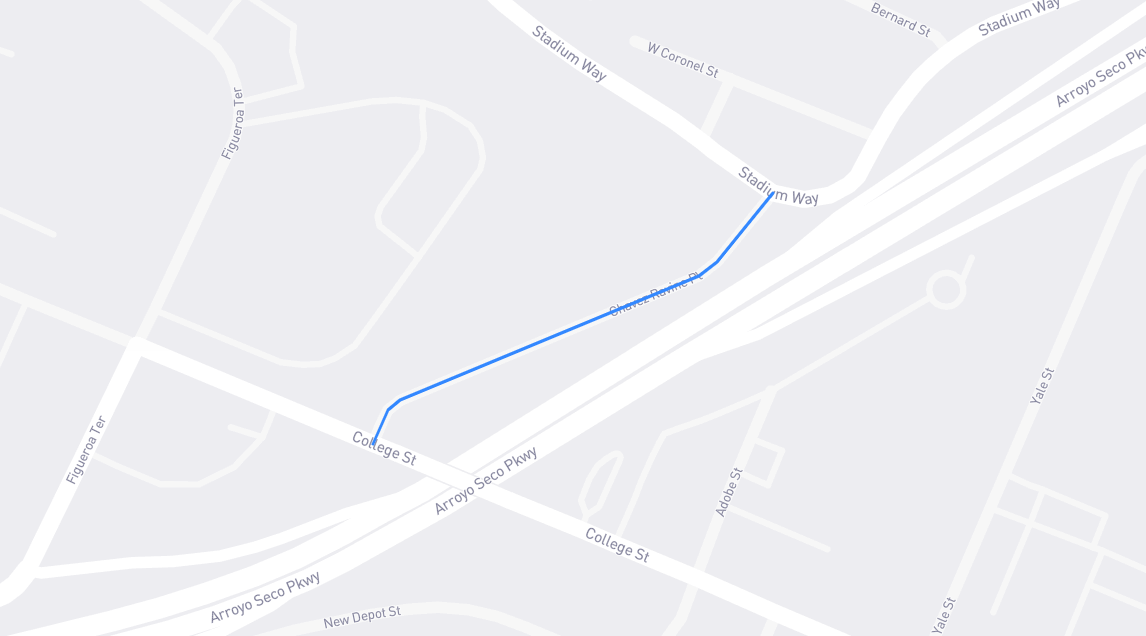