Despite its idyllic name, Elysian Park has had one of L.A.’s more chaotic histories. Once less evocatively known as Rock Quarry Hills, the area has been the site of the city’s first Jewish cemetery, a never-built neighborhood inspired by Greek myth, a WWII armory, and the so-called Battle of Chavez Ravine, in which Mexican American residents were evicted in the 1950s to make way for a stillborn housing project, then for Dodger Stadium. In the midst of all this, the LAPD opened a pistol range here in 1925. Ten years later, it had become the Los Angeles Police Academy. Solano Canyon’s Park Row was thus renamed Academy Road as it leads to the Academy’s entrance. 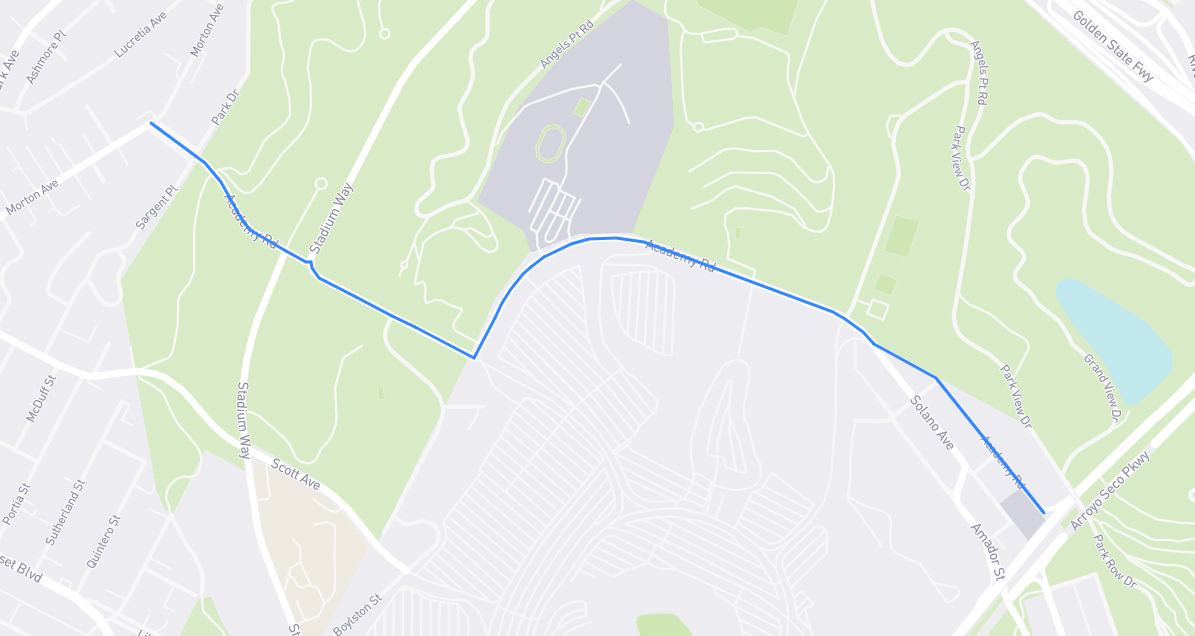