In term of namesakes, Clarissa Avenue is a two-for-one. Clara Ruth Shatto (1853-1942) owned Santa Catalina Island with her husband George (see Shatto Street) from 1887 until 1891. Shortly after buying the island, the Shattos established the town of Avalon with Charles A. Sumner and named its core streets. “Clarissa” was both Clara Shatto’s nickname and the middle name of Sumner’s wife Georgina (1846-1920), who was born in London as Georgina Clarissa Caroline Cattermole; her father George was a prominent painter, illustrator, and friend of Charles Dickens. Clarissa Avenue was misspelled “Claressa” for many years. A Norwalk neighborhood that copied three Avalon street names (including Marilla and Vieudelou) still calls it Claressa. 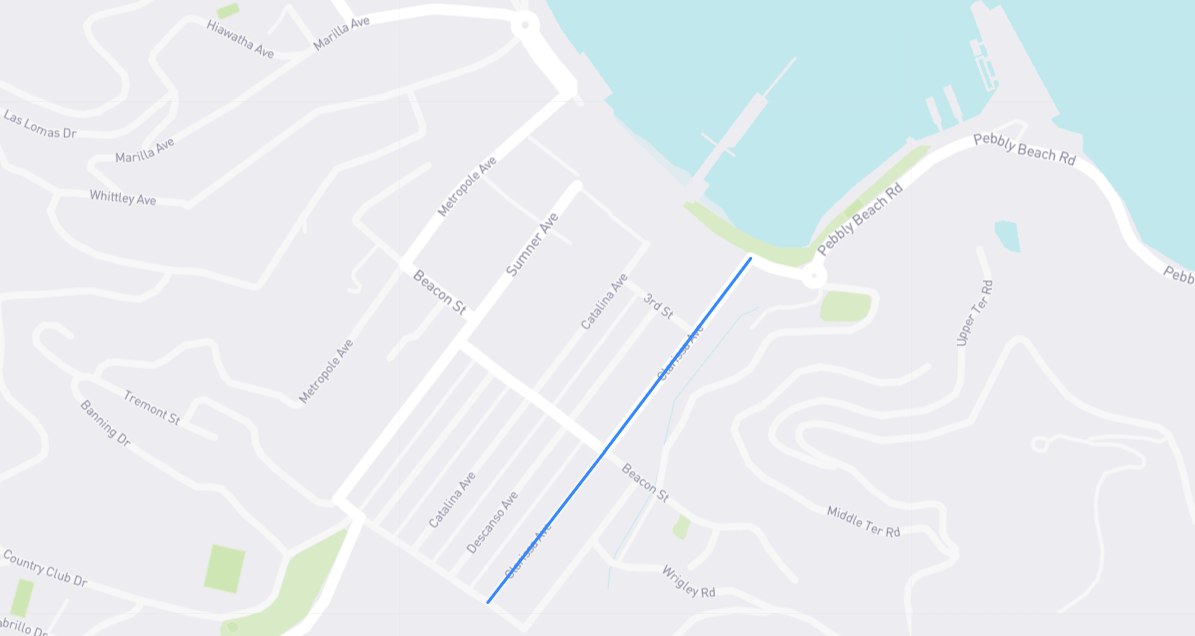