The Los Angeles Memorial Coliseum was proposed in 1920 – “memorial” referred to the soldiers of World War I – and opened in 1923. But the first bit of Coliseum Street, where it intersects with present-day Obama Boulevard, wasn’t laid out until 1937… two miles away from the Coliseum! It’s possible that developers hoped that Coliseum Street’s name might take over Rodeo Road – Obama Blvd.’s original name – and thus lead to the popular arena, or else the whole thing was just a marketing ploy: similar to Leimert Park being advertised in 1927 as being “almost in the shadow” of the Coliseum, this street’s name may have been designed to convince prospective buyers that their “stadium adjacent” properties would turn great profits. 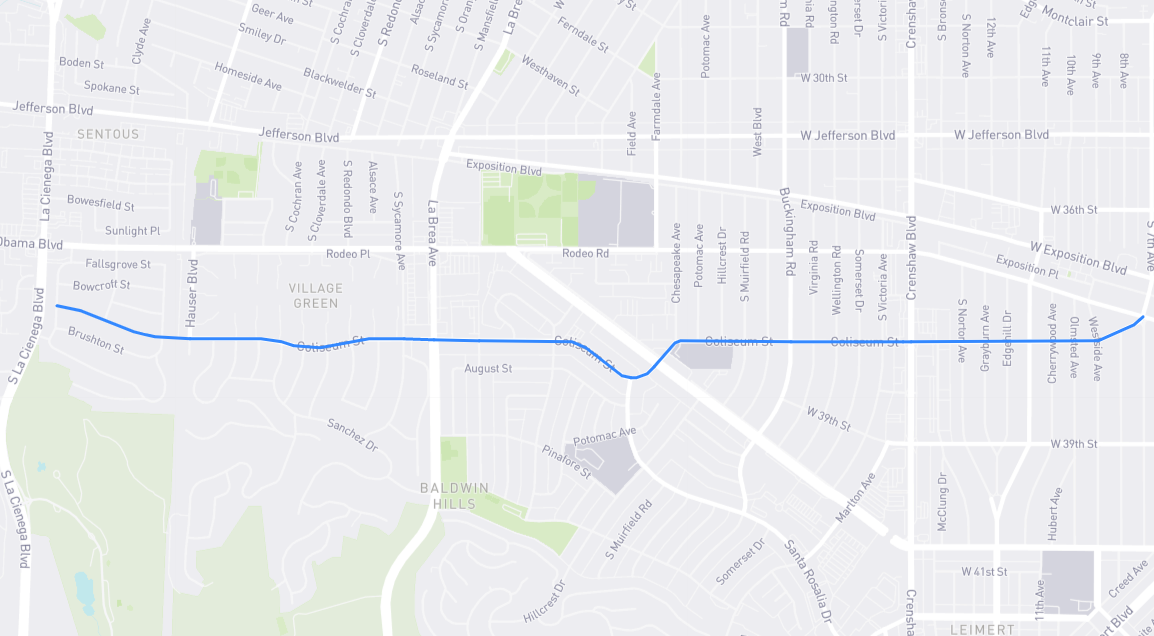