Redondo means “round” in Spanish, but this 1922 street is mostly straight – and no, it was never designed to go all the way to Redondo Beach. With no other clues, my guess is that Redondo Boulevard was christened thus because the name a) alludes to sunny SoCal life and b) was available at the time. “Redondo” as a Southland place name is usually derived from Rancho Sausal Redondo, a 22,458 acre land grant deeded to Antonio Ygnacio Avila (1781-1858) around 1840. The land stretched from present-day Playa del Rey down to Hermosa Beach. Ironically, Redondo Beach itself was founded in 1887 on a different former land grant: Rancho San Pedro. Sauzal redondo – note the correct spelling – means “round willow grove” in Spanish and presumably referred to some natural feature on the old rancho. 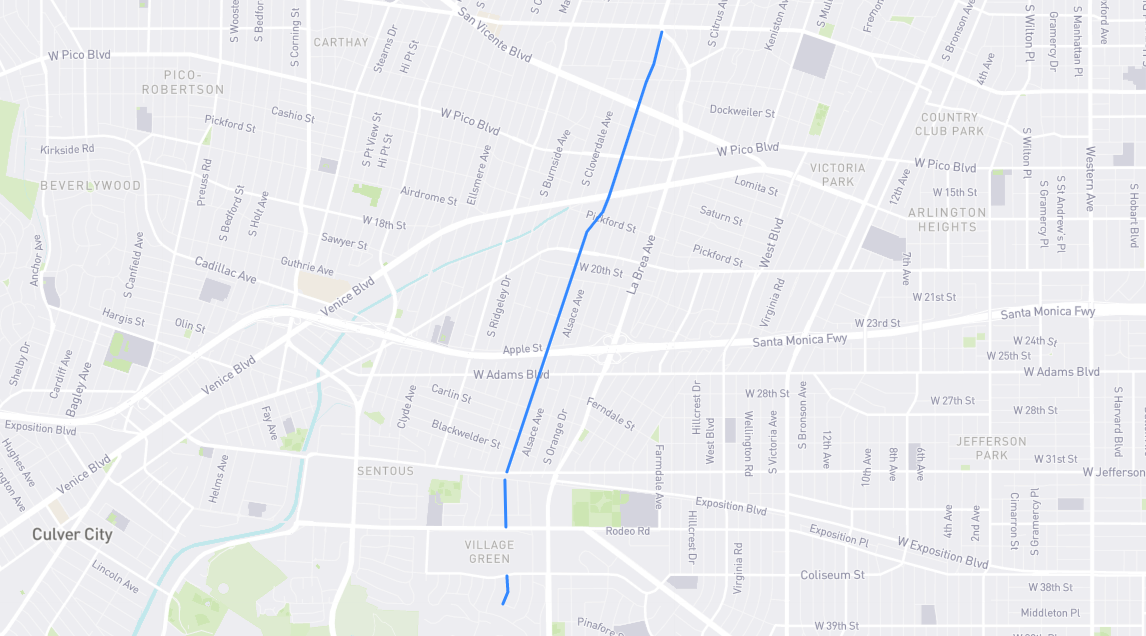