Pío Pico, the last Mexican governor of California, has the fifteen-mile-long Pico Boulevard named for him. John Drake Sloat (1781-1867), Pico’s successor, only gets three blocks. Navy man Sloat was a key figure in the Mexican–American War and the first of six military governors of California before 1850 statehood. His name adorns roads in San Francisco, Sacramento, and Monterey. (He was even born in Sloatsburg, New York!) This street, laid out in 1922 as part of the Carthay Center development, was originally just plain Sloat Drive. The “Commodore” was probably added because there was already a Sloat Street in Boyle Heights. 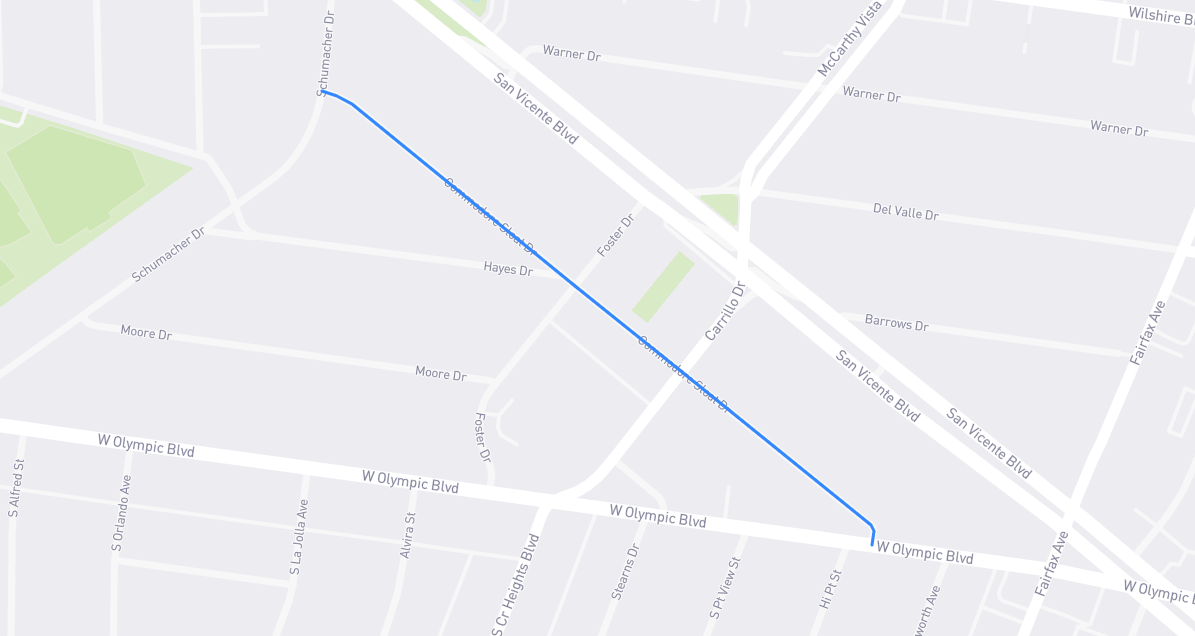