Copa de oro is Spanish for “cup of gold”. If this term has any Bel-Air relevance besides being a blatant symbol of opulence, I haven’t found it. Copa de Oro Road was probably named by Minnewa Bell, wife of Bel-Air founder Alphonzo Bell; she’s said to have coined most of Bel-Air’s Euro-inspired streets. (There was a Copa de Oro Petroleum Company in the 1910s, and Alphonzo Bell was an oilman, but there’s no apparent connection.) The street, named in 1923, baffled the Los Angeles City Directory editors, who spelled it “Capa del Ora” and “Copadel Ora” – anything but “Copa de Oro”. 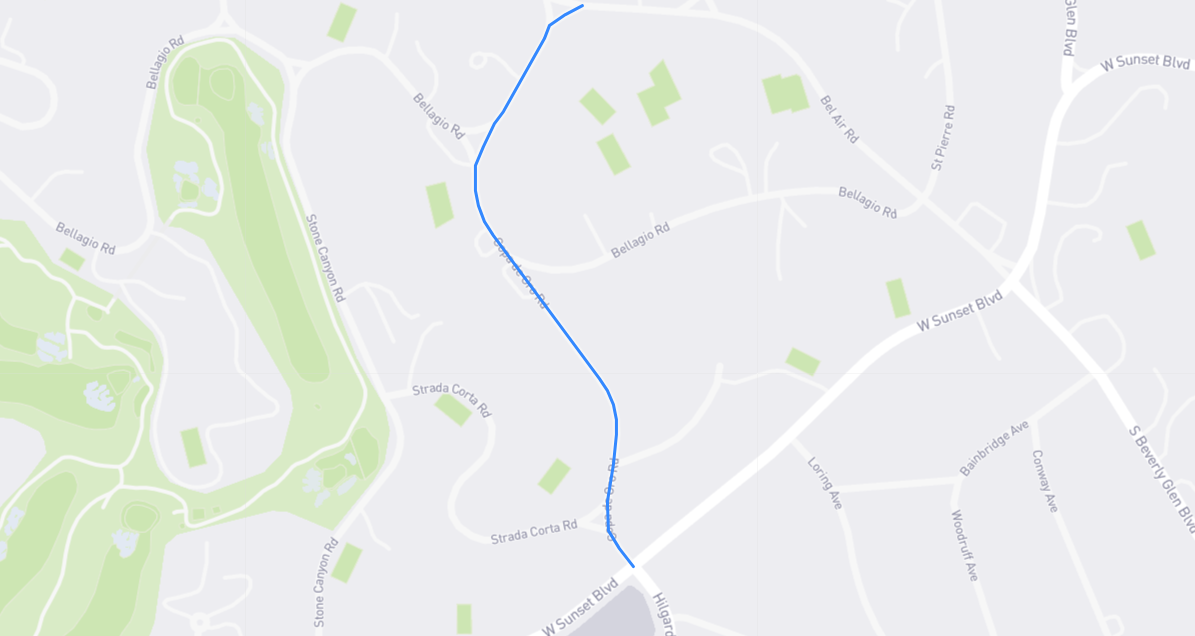