Croydon is a large suburb south of London. But when this street was named, in 1941, Croydon was also home to the UK’s biggest airport. It opened in 1920 – back when Heathrow was just a sleepy farming village – and became the first airfield in the world to install a terminal, a control tower, and air traffic control. In short, Croydon was the world’s first modern airport. No surprise, then, that there would be a street named after it near LAX. Croydon Airport closed in 1959 after Heathrow became London’s airport of choice. 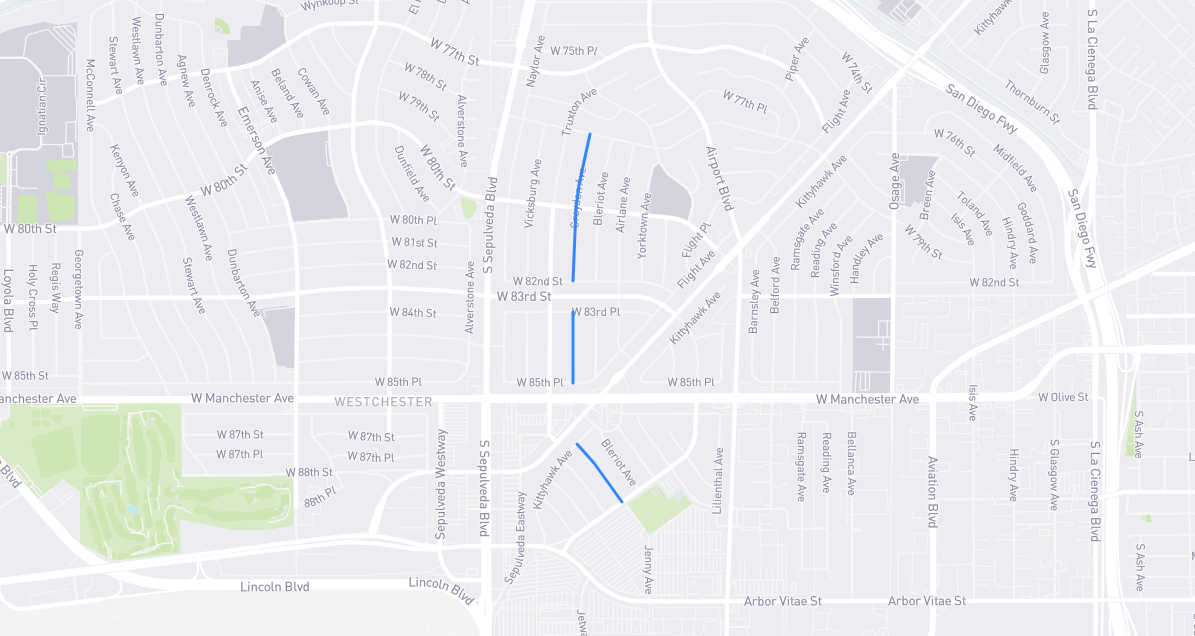