In 1941, streets in this airport-adjacent tract were given aviation-related names and laid out in alphabetical order (see Airlane Avenue). As the “F” street in the group, Fleetwing was initially dubbed Fokker, after the Dutch aircraft company. In January 1942, someone decided that “Fokker” sounded too dirty and/or too German – the U.S. had just entered World War II, after all – so it was changed to Fleetwing. Fleetwings (note the “s”) was an American airplane components manufacturer that existed from 1929 to 1943. They designed a few prototype planes as well, but none of those took off, so to speak. 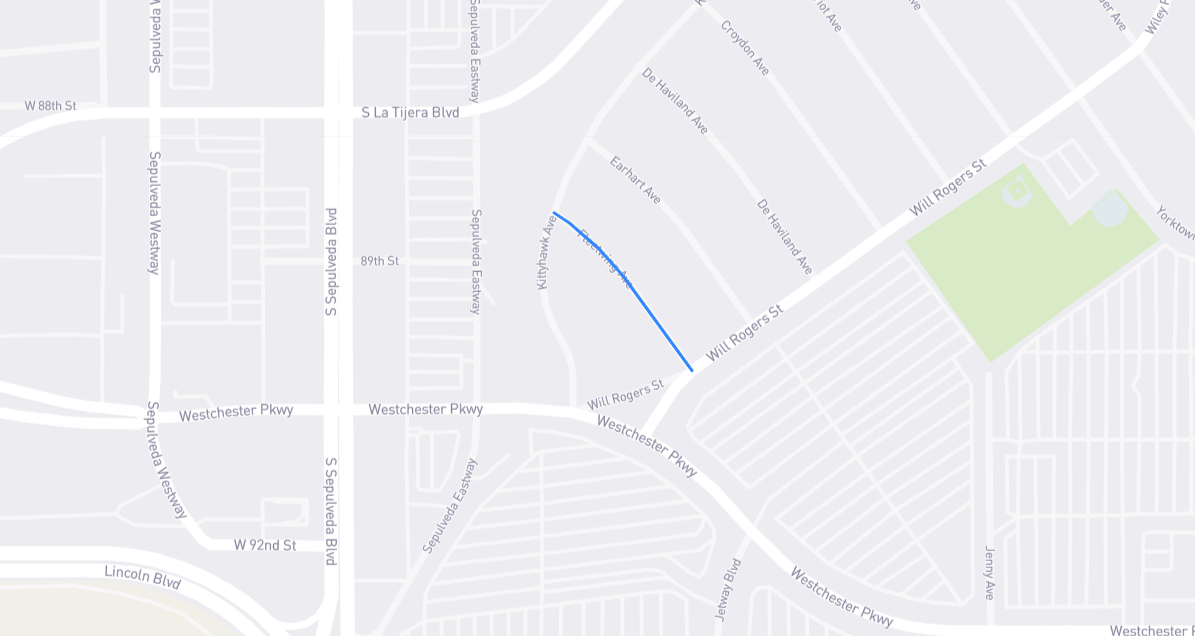