In this LAX-adjacent neighborhood filled with aviation-themed streets, it might seem odd to find one named for entertainer Will Rogers (1879-1935) – especially since he died in a plane crash! But aside from being a showman (and Angeleno: see Will Rogers State Park Road), Rogers was an early champion of air travel and enthusiastically promoted it to his millions of fans. As one of the most popular and trusted men in the country, his word meant a lot, and when he urged for the expansion of the U.S. Army Air Service (later the Air Force), important people listened. In 1932, Rogers was dubbed “the patron saint of aviation”. Alas, while he and friend Wiley Post were on a sightseeing trip near Point Barrow, Alaska, their seaplane crashed shortly after takeoff, killing them instantly. 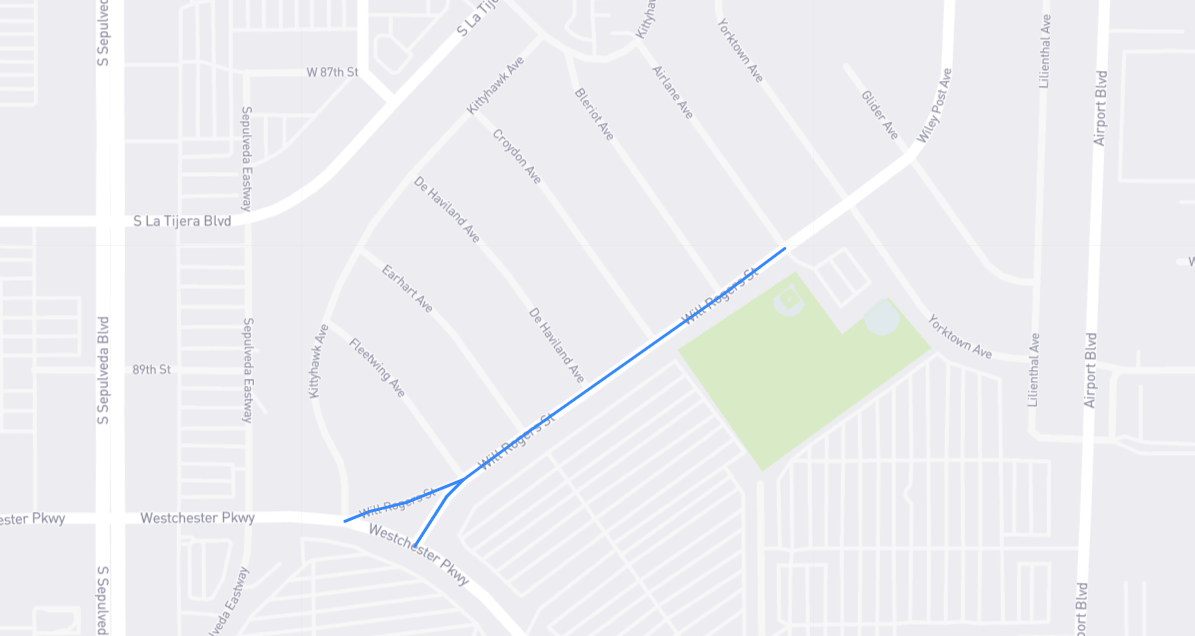