We know this street was named for English naturalist and evolutionary theorist Charles Darwin (1809-1882), as opposed to some other Darwin (e.g., Death Valley explorer Darwin French), because the tract that established Darwin Avenue had an intersecting road called Lyell Street. Charles Lyell (1797-1875) was a Scottish geologist whose own theories about Earth’s history greatly influenced Darwin – and in fact they were good friends. Lyell had died just a few months before this tract was laid out, so someone associated with the tract chose to honor the two scientists. Ironically, Darwin Avenue hasn’t evolved much since 1875, while Lyell Street became Daly Street. For more on the tract and the people behind it, see Mozart Street. 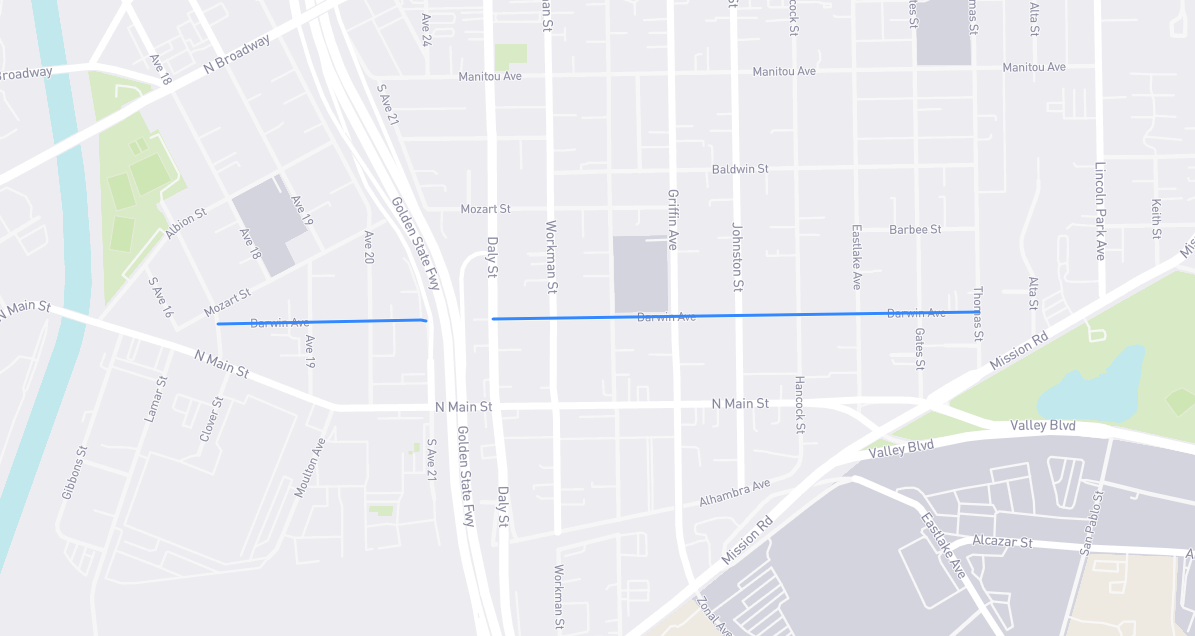