It’s obviously named for composer Wolfgang Amadeus Mozart (1756-1791). But why? Well, Mozart Street was part of the 1875 Homestead tract, which was owned by a syndicate of investors called the Pioneer Building Lot Association. Most of the members of this syndicate were German immigrants – Otto von Ploennies, Jacob Gerkens, Fred Ackerblum, Nicholas Lindenfeld, John Milner, August Melchert, to name a few – so it follows that they’d choose a semi-patriotic name for the street. (Mozart of course was Austrian.) The tract also had a pair of streets memorializing two late German-born Angelenos: Louis Wilhardt, whose name would move to another street, and Philip Sichel. Finally, it seems someone in the syndicate was into science: Darwin Avenue was introduced in this tract, as was Lyell Street (now Daly Street), named for Scottish geologist – and close friend of Charles Darwin’s – Charles Lyell. 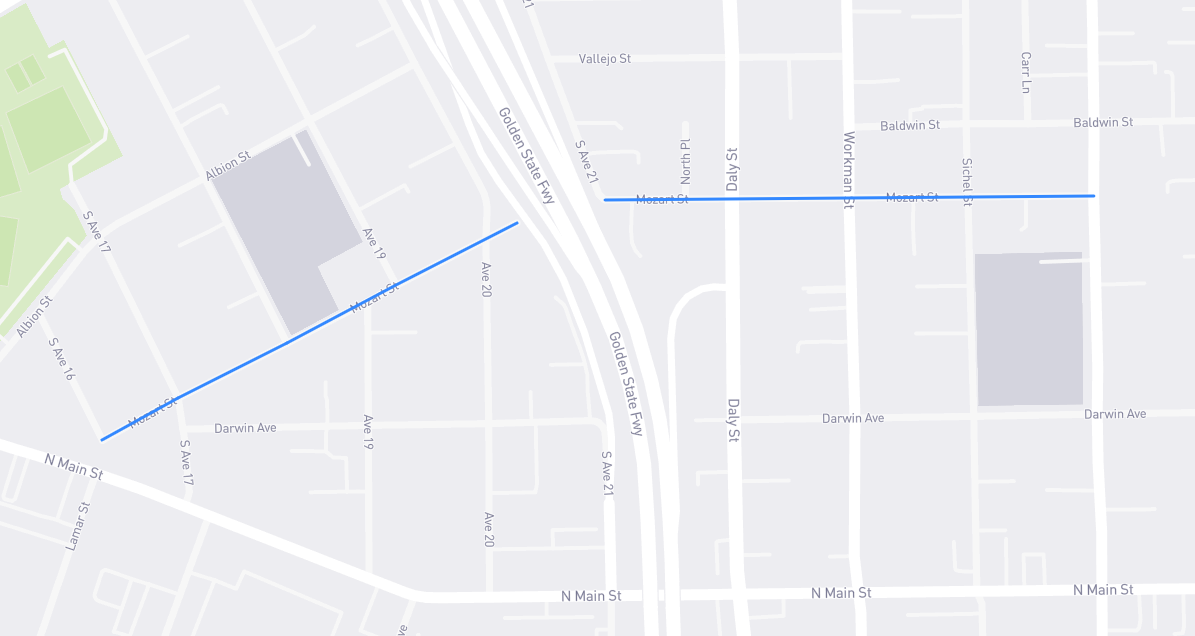