This street was originally called Washington Avenue. Presumably to avoid mail conflicts with Pomona’s other Washington Avenue, the City renamed it Dudley Street in January 1908. As there’s no account of any official namesake, my educated guess is that the street honors a pioneer family who migrated here from La Crosse, WI in 1887. Patriarch Edwin Dudley died just two years later at the age of 68, but his wife Adelaide (1837-1913) remained a distinguished Pomonan – and of their four children, Irene (1874-1954) was most prominent of all: in 1897, she married Pomona’s wealthiest man, banker/landowner George S. Phillips (1874-1923), whose powerful father Louis helped establish the town. See Phillips Blvd. for more. 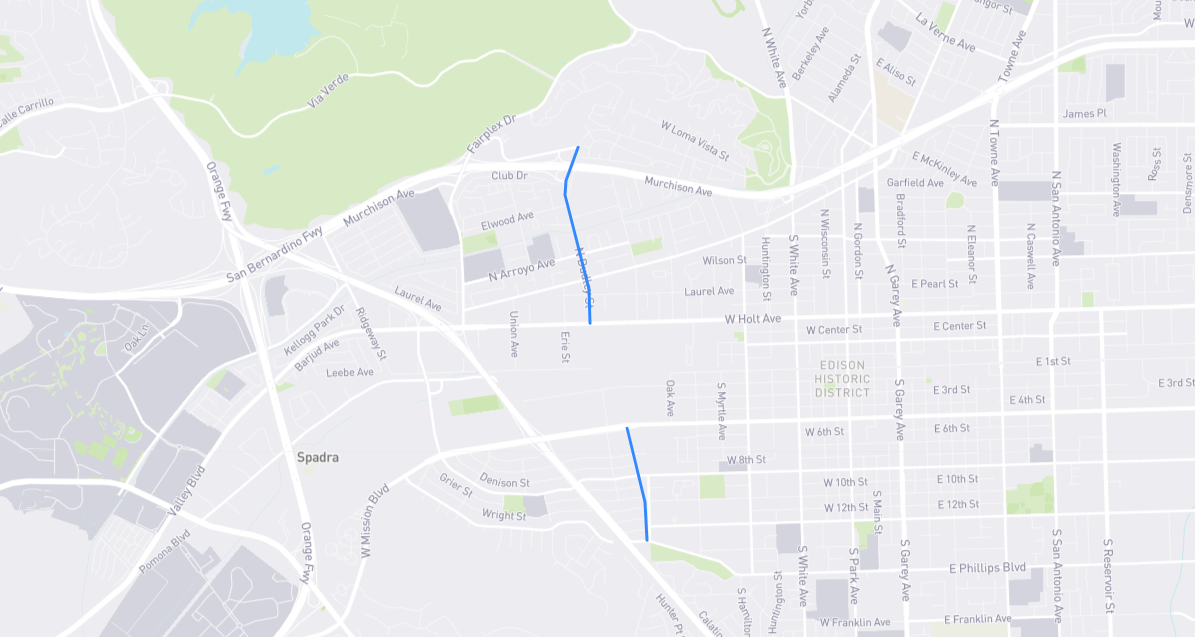