Manuel Micheltorena (c. 1802-1853) was one of the many Mexican governors of pre-statehood California, his reign lasting from 1842 until 1845. Hailing from Oaxaca, Micheltorena’s outsider status did not endear him to the Californios, who preferred the native-born and recently deposed Alvarado. To make matters worse, Micheltorena brought with him some 300 soldiers – said to be ex-convicts – whose debased and violent conduct terrorized the local populace. He was ousted after Alvarado defeated his men at the bloodless Battle of Providencia and went back to Mexico with his tail between his legs. Named on a map no later than 1871, Micheltorena Street may not have actually opened until 1886. It’s one of five early L.A. streets named for old Mexican governors: see Echandia Street for more. 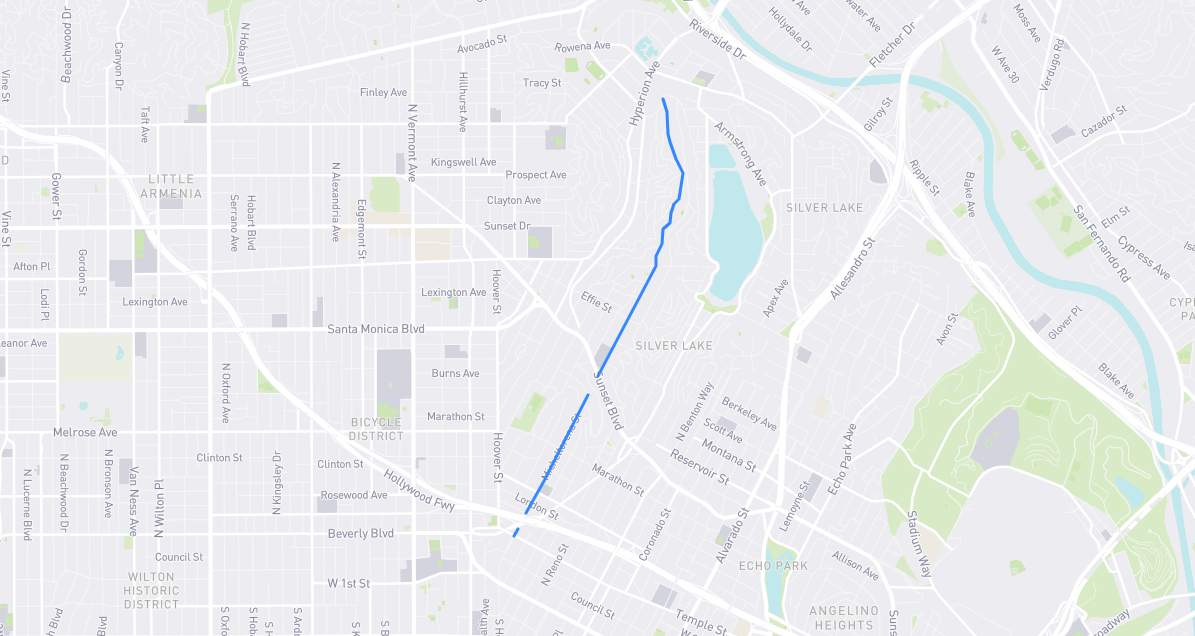