Named for Elden Patrick “E.P.” Bryan Jr. (1851-1925), a Texan who first made his name in Dallas – in mercantile with his brothers and in the cotton trade. In December 1885, he brought his wife Georgie and daughters Bessie and Minnie to Los Angeles, where he prospered in real estate. Bryan and Wesley Clark (1852-1926), his off-and-on business partner since 1874, named Elden Avenue on their 1897 Lone Star tract. Five years later, they opened their Westmoreland tract due north. Bryan saw a bright future for his adopted city: in 1901, he wrote, “Few people in Los Angeles realize that we have every factor to make this the largest city on the Pacific coast.” At the time, L.A. was smaller than St. Joseph, Missouri. 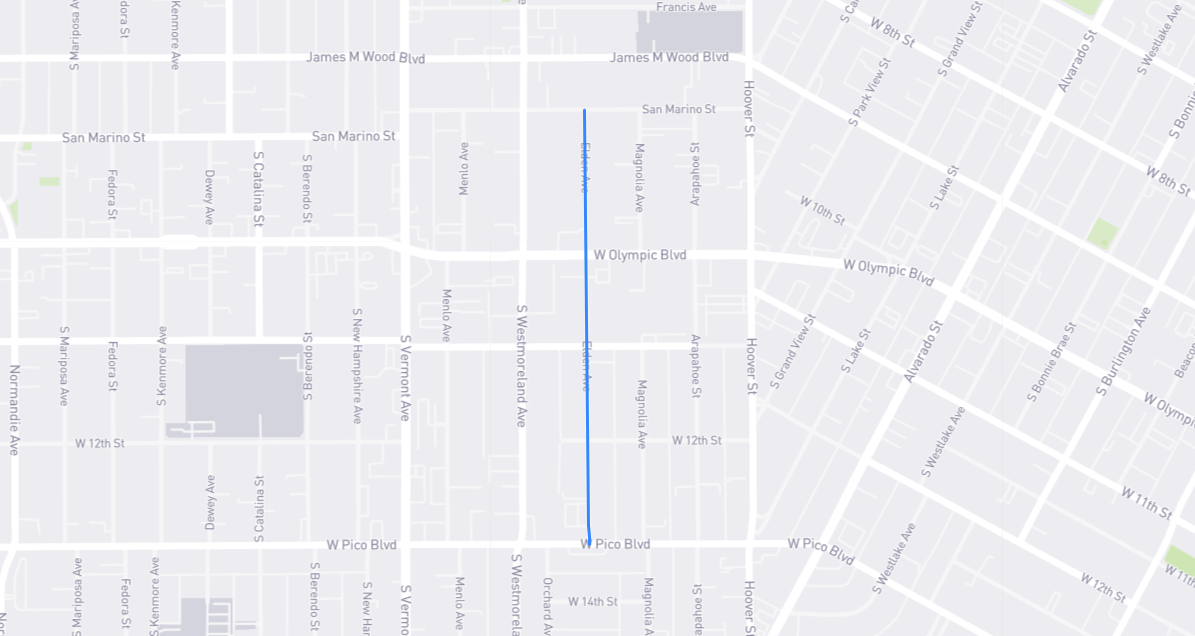