Generations of Angelenos know MacArthur Park only by that name. In fact it was born Westlake Park back in 1886, as it was in the west part of town and had a lake. (The 1905 obituary of one Dr. Henricus Wallace Westlake erroneously credited him as the park’s namesake, but he didn’t even arrive in L.A. until 1888.) The park, which once attracted the wealthiest and most fashionable Angelenos to build their homes close by, was renamed for General Douglas MacArthur in 1942. (Patriotic realtor C.C.C. Tatum – see Charleville Blvd. for his bio – was behind that.) The neighborhood, of course, still goes by Westlake. The former Providence Street was renamed Westlake Avenue in 1894. Park, Frances, Quebec, and Goss streets also lost their names to Westlake Ave. as it expanded. 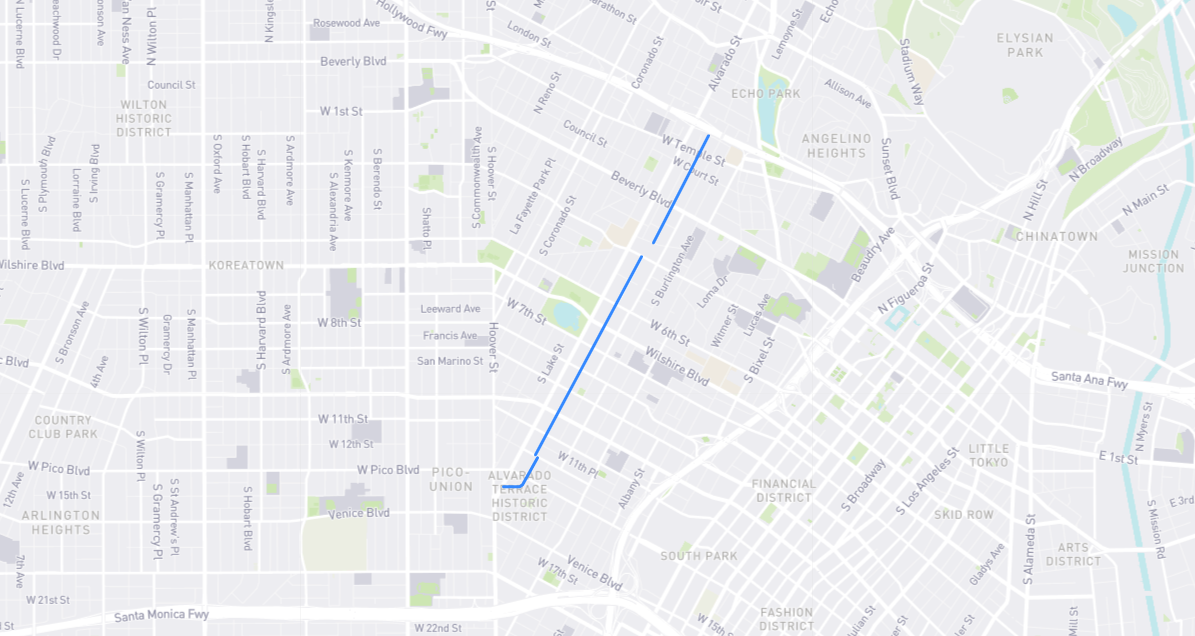