There’s an old theory that Union Avenue was named in 1876 to mark the U.S. Centennial. That’s cool… except that I found the street mentioned in a November 1875 newspaper. Maybe the people who named it jumped the gun by a few months, or more likely they just chose “Union” because it’s one of those go-to street names for American cities. (Nearly two years earlier, there was an attempt to change Grasshopper Street to Union Street; Grasshopper ultimately became Figueroa.) At any rate, Union started out between present-day 6th St. and James M. Wood Blvd. (Back then they were called Ward St. and 9th St., respectively.) It was on the Fairmount tract, owned by an association – or union, if you will – of 26 investors. The land’s previous owners were L.A. mayors Prudent Beaudry and John G. Nichols. 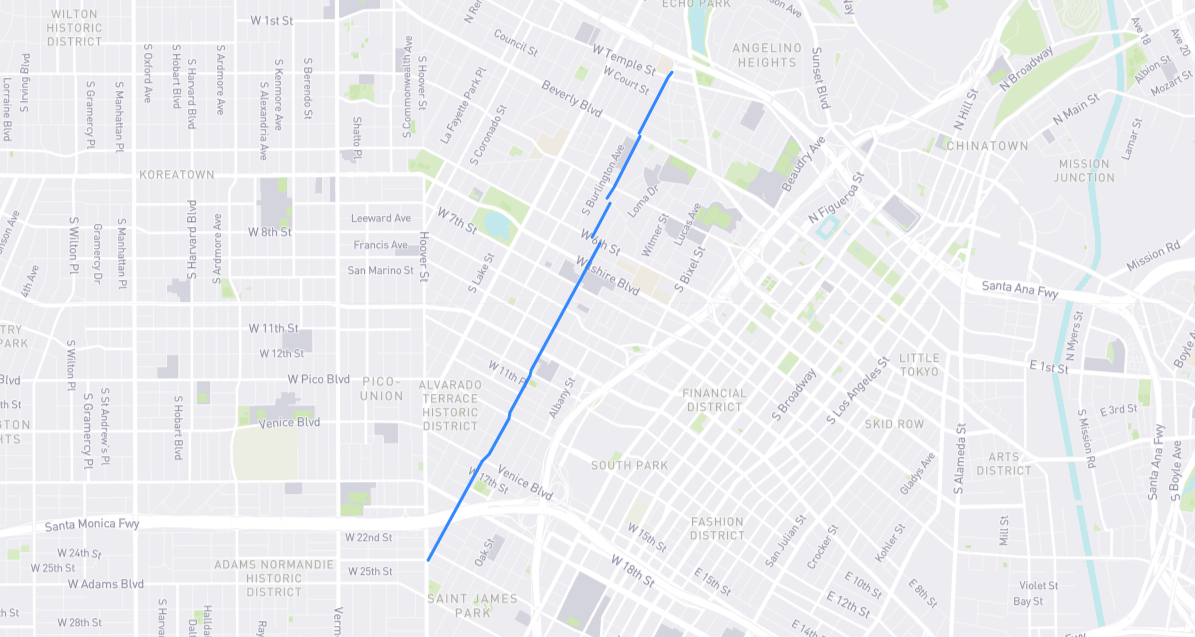