It’s steeper than Baxter, steeper than Fargo, steeper than anything in San Francisco. In fact, with a grade of 33°, it’s the steepest drivable street in California. Named in 1912 – it was previously called Pine Street – Eldred Street is for Delos W. Eldred (1828-1903), who laid out the street in 1902. Eldred was a Chicago real estate speculator who wintered in Los Angeles during the final years of his life. (In fact he died at the Rosslyn Hotel.) It appears he was a shifty sort, as he was sued for fraud at least twice – including charges that he swindled money away from a widow whom he’d asked to marry (at 70!). Like most other capitalists of his day, Eldred also drilled for oil – in his case, near Oceanside, CA. 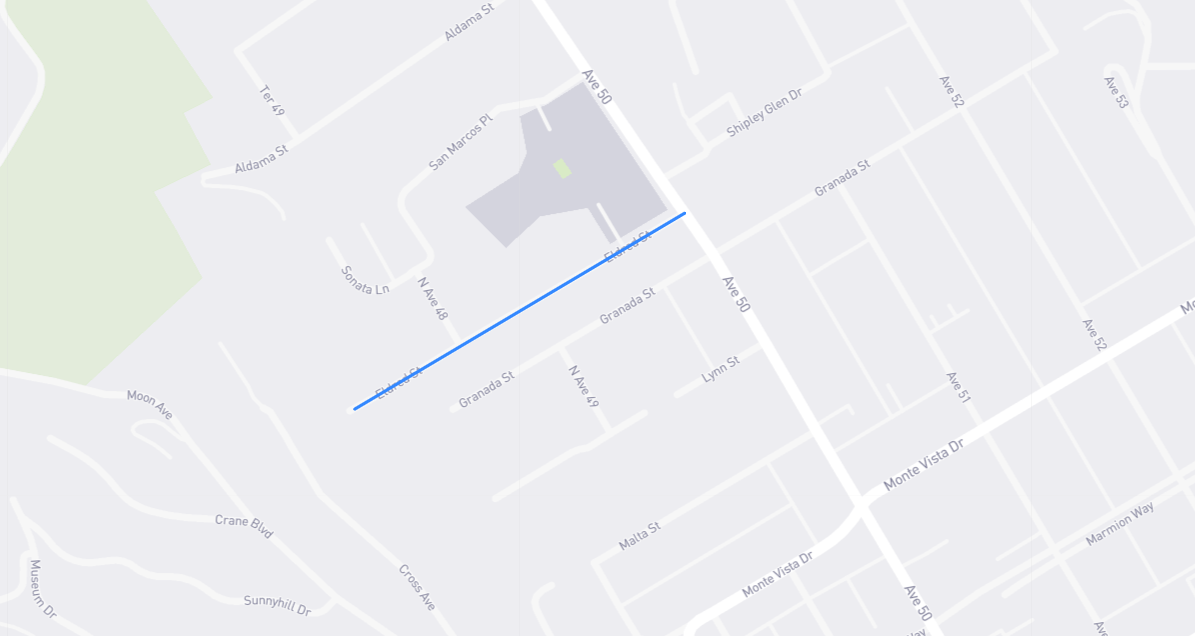