Future Street wasn’t a placeholder name that accidentally became permanent, i.e. “future street goes here”. It was chosen on purpose. Why? Maybe just Roaring ’20s optimism. Its first stretch was laid out in 1906 as Birnbaum Avenue, named for banker Jacob Birnbaum, who had sold the land to Albert H. Beach. Shortly after Birnbaum’s death in 1921, Birnbaum Avenue quietly became Future Street. Coincidence? Realtors Andrew J.W. Keating and Clyde A. Stringer, promoting their Highland View tract at that time, might have done the rechristening: there was a Keating Drive on that tract; it too is now Future Street. Yet there was no future for Keating & Stringer, who soon parted ways. Keating, the son of A.J.W. Keating Sr., an insanely rich L.A. landowner who died in a 1901 shipwreck, wound up a deputy sheriff. One wonders how he even crossed paths with Stringer, a miscreant who was divorced four times on grounds of being drunk and violent, convicted of forgery in 1928, and killed in a car crash in 1932. He was 45. 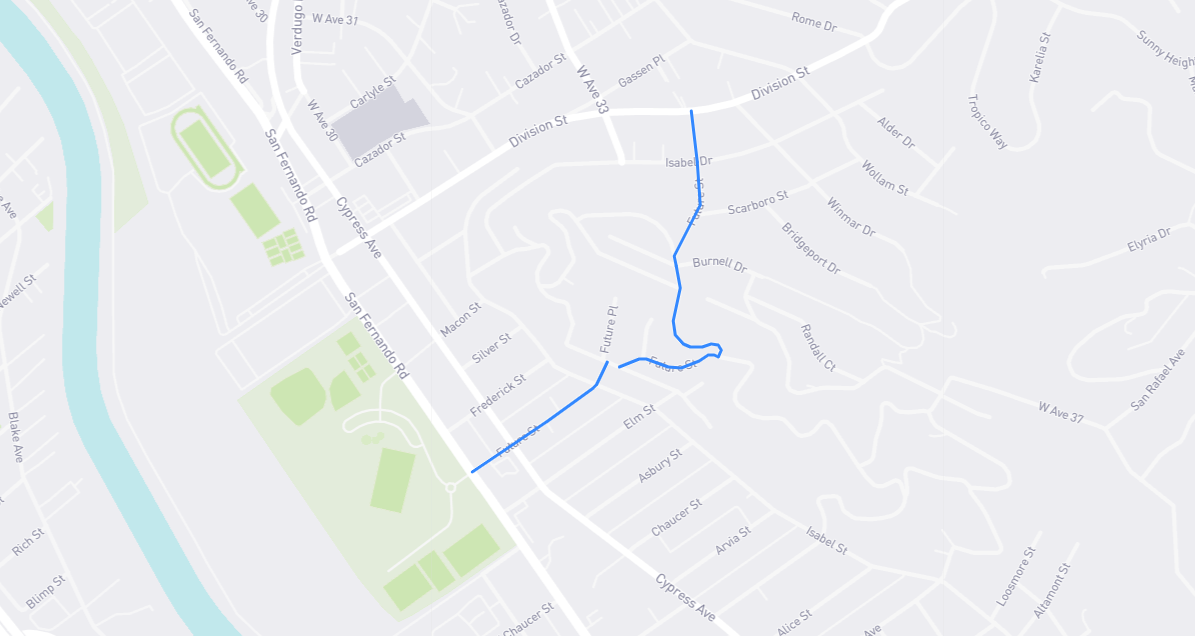