With a 32° grade, Fargo is one of the steepest streets in Los Angeles, although the lesser-known Eldred Street in Mount Washington is steeper. Fargo is located in an “alphabet neighborhood”: In 1902, a tract called Edendale, opened by Moses Langley Wicks, laid out six streets unimaginatively named A, B, C, D, E, and F. Property owners petitioned the City in 1908 to give the poor things real monikers, and suggested Aaron, Branden, Clifford, Duane, Ewing, and Fargo. (The inspirations for these names are lost to time.) The petition, clearly, was approved. 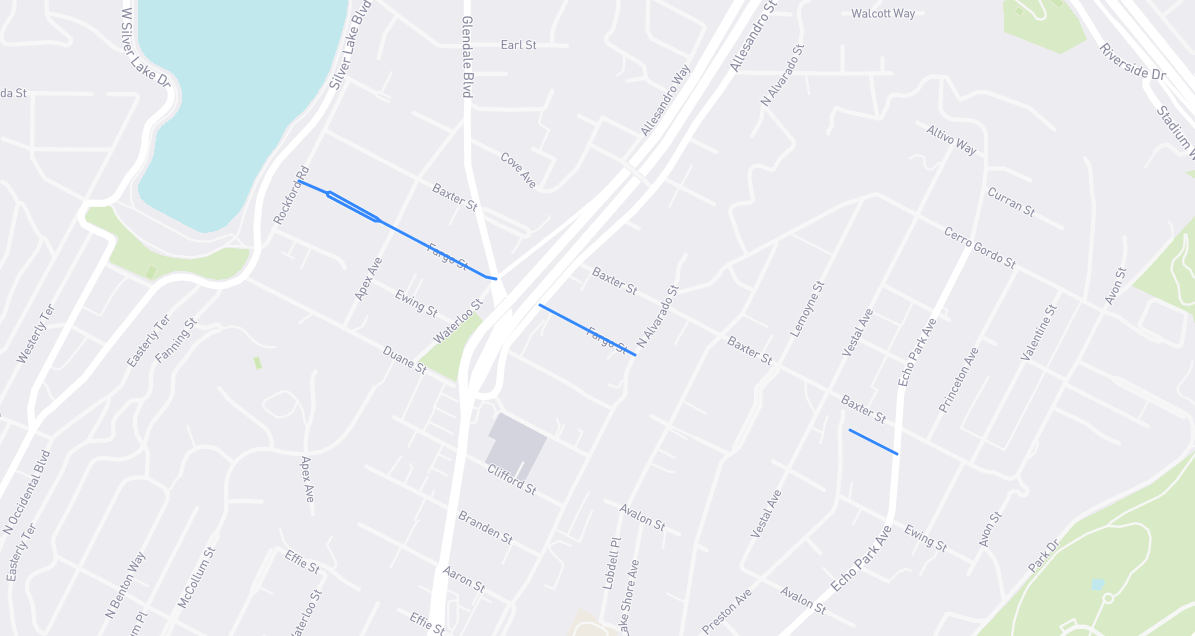