Although the name “Marmion” dates back to a medieval English barony, this street was most likely inspired by Sir Walter Scott’s 1808 epic poem Marmion: A Tale of Flodden Field, an old standby at 19th century poetry recitals. (You know its signature line: “Oh, what a tangled web we weave, when first we practice to deceive!”) Scott’s work has provided fodder for many an L.A. street name – see Ivanhoe – and Marmion was still well-known when Marmion Way was named in 1897. The street was previously called Railroad Avenue (one of many), owing to the train tracks that have been here forever. They’re now used by Metro’s L Line. 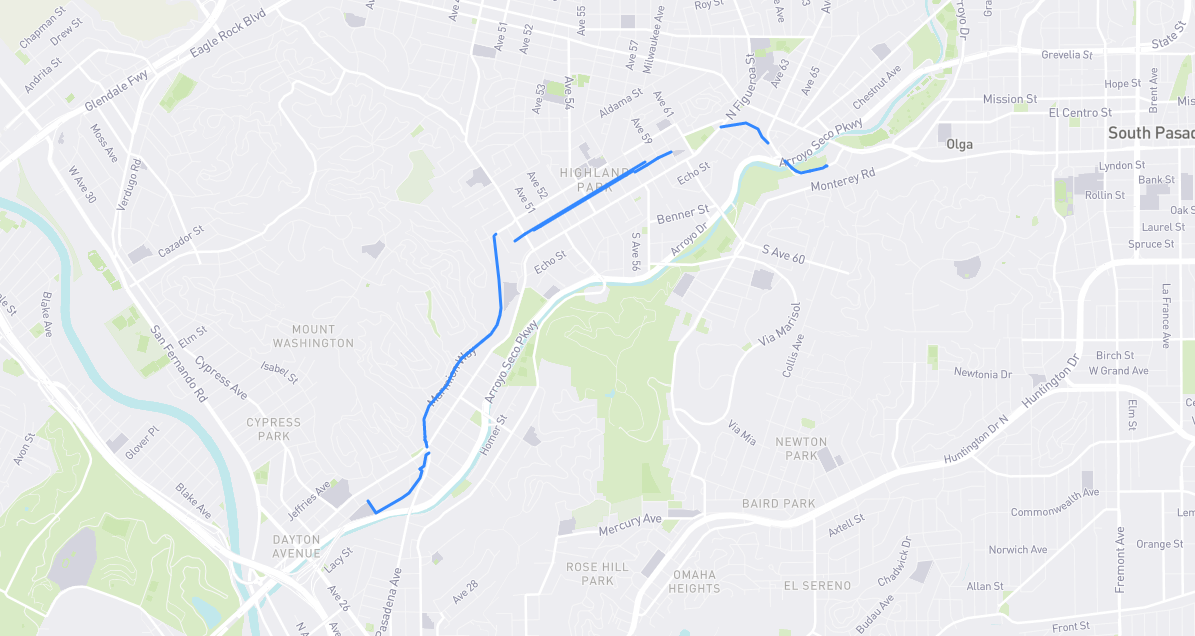