Named for a holy man who was barely here. Matthew Mays “M.M.” Eshelman (1844-1921), a Pennsylvania native and Civil War veteran, moved to Illinois after the war, married his first wife Lizzie, then joined the Church of the Brethren, a pacifist Christian sect with a largely German American congregation. He was elected to its ministry in 1878. After spending most of the 1880s in Kansas, the Eshelmans and their seven kids came to Los Angeles County, settling first in Lordsburg (later merged with La Verne), then in Tropico (later annexed by Glendale). In 1891, Eshelman cofounded Lordsburg College, which still stands as the University of La Verne. What’s all this got to do with Lomita? Well in 1907, the pastor and his fellow “Dunkers”, as the church’s adherents were known, came down here to set up a colony. (“M.M. Eshelman of Lomita” appeared in newspaper ads for months, shilling for a cure for catarrh.) Eshelman Avenue was named during this time, but apparently the colony failed: Eshelman was back in Tropico by the end of 1908. 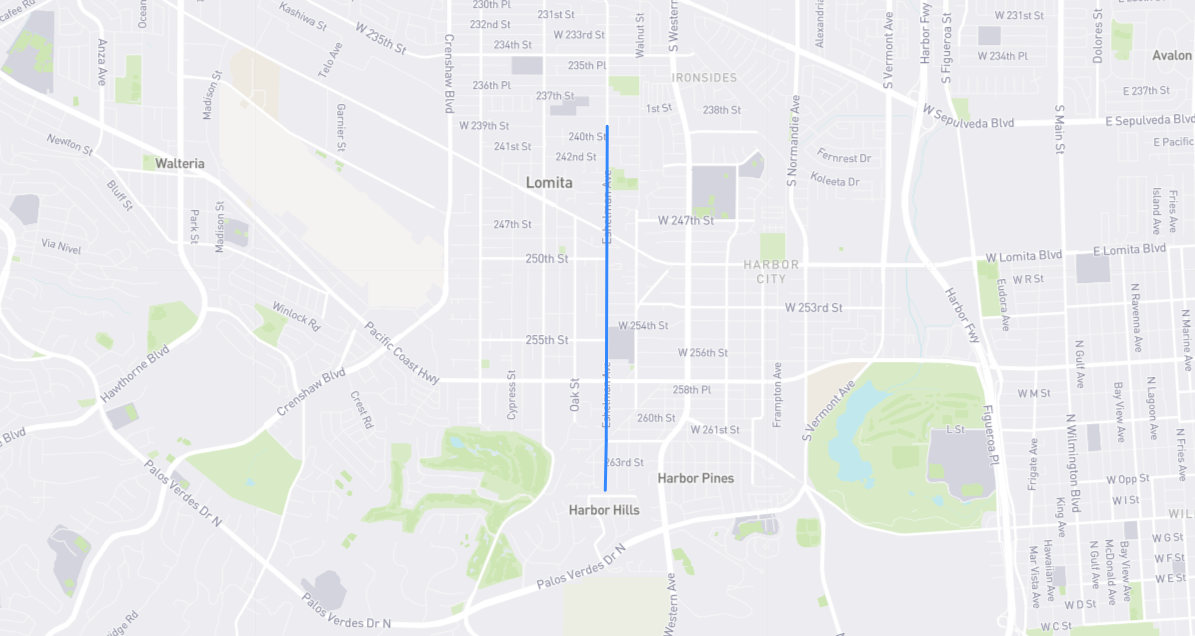