Nathaniel Andrew Narbonne (1827-1881) owned the land that would become Lomita in 1907. (This street was named that year.) He was born in Salem, MA – the Narbonne House, one of Salem’s oldest, still stands – and came to Northern California for the Gold Rush. He moved to the South Bay in 1852. Partnering with fellow Salemite Benjamin S. Weston, Narbonne reportedly owned 3,500 acres here, where he raised sheep and grew barley and wheat. In fact it was moments after fighting a fire in his wheat fields when Narbonne died of stroke. His widow Margaret (1837-1899) and only child Gardner (1878-1933) eventually sold the land after years of legal squabbles with the Westons. Gardner then married Helen Benedict, whose great-uncle Edson was the namesake of Benedict Canyon, in 1906. He moved into Helen’s house on Juliet Street and stayed there for the rest of his life, earning a modest income from his date orchards in the Coachella Valley. He inherited the family home in Salem in 1905; Helen finally sold it in 1948. 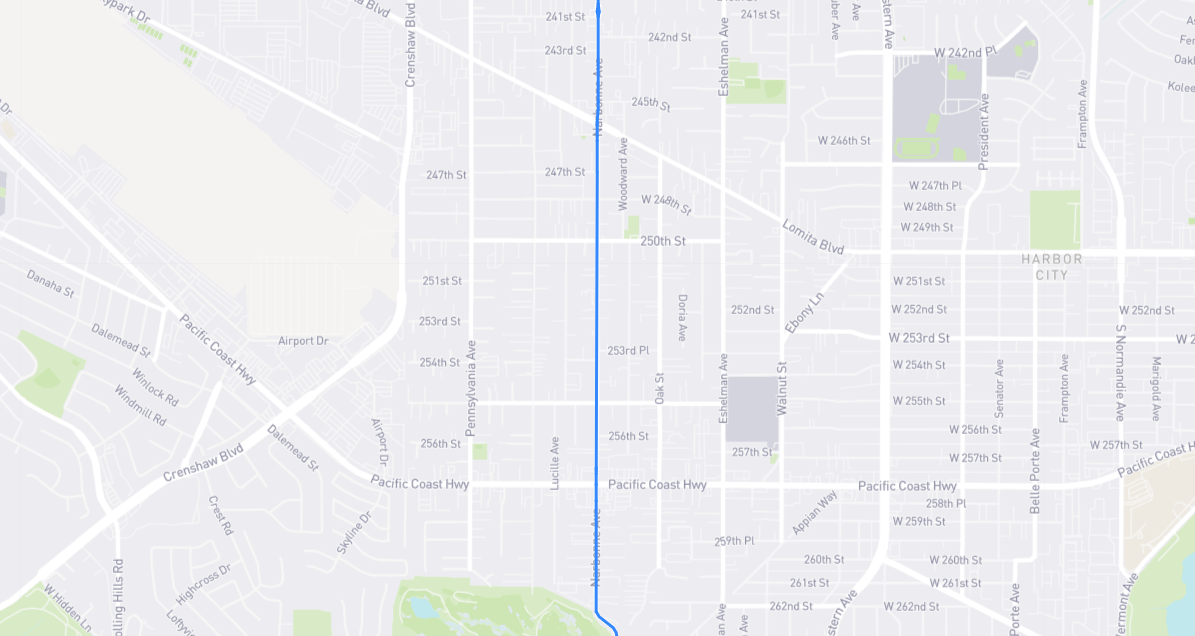