Few Angelenos would consider this thoroughfare to be in the “west” part of town, but when Western Avenue was opened in 1885, it was indeed west of Los Angeles city limits (it was a county road), and Hoover Street still marked L.A.’s western boundary. In 1896, the city finally outgrew its original four square leagues of land, which had been certified by the U.S. Board of Land Commissioners forty years earlier, and it expanded to meet Western Avenue. Of course the street itself has been extended significantly over the years, now topping out at some 27.5 miles. Miraleste Drive traces Western’s original 1923-1924 extension through Palos Verdes, altered in 1935-1936. 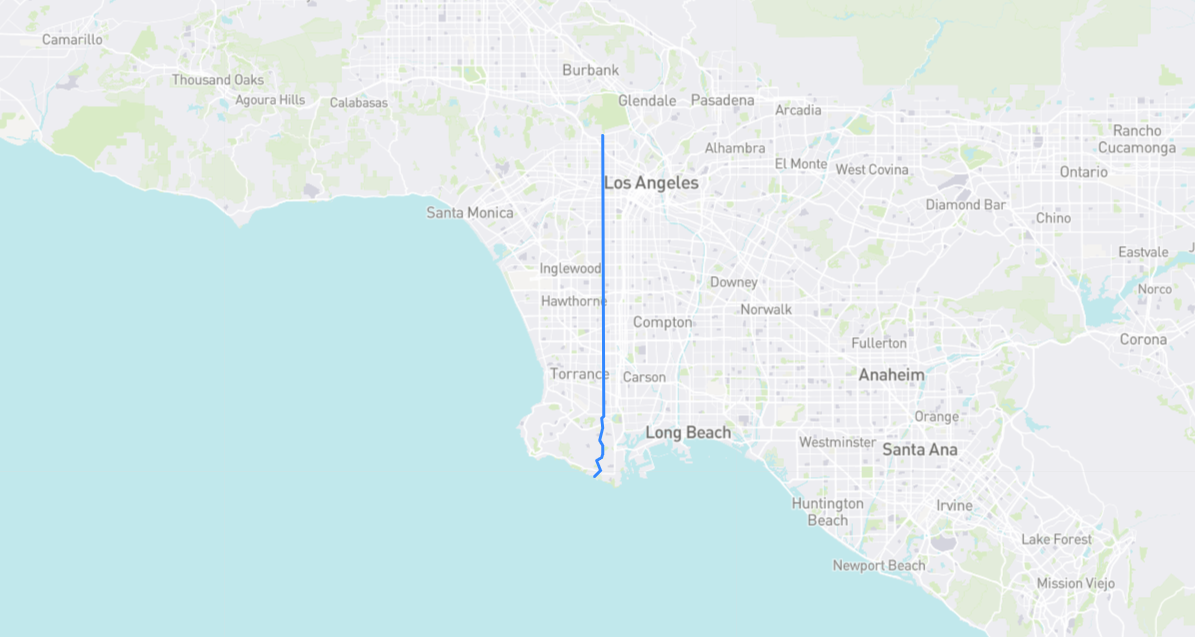