Charles Moses Skillen (1838-1925), a Pasadena subdivider, laid out and named this street in 1885. (Tiny Skillen Way lurks nearby; it’s essentially a parking lot.) An 1895 book on Pasadena history stated that Skillen, a New York native who lived in Ohio before settling in Pasadena in 1880, named the street after Cleveland, Ohio’s own Euclid Avenue, which at the time was renowned across the U.S. as “Millionaires’ Row”. Why not name a street after such a posh thoroughfare? There are several streets in Los Angeles County named more specifically for Euclid, the ancient Greek mathematician. See Euclid Avenue in Boyle Heights for some theories. 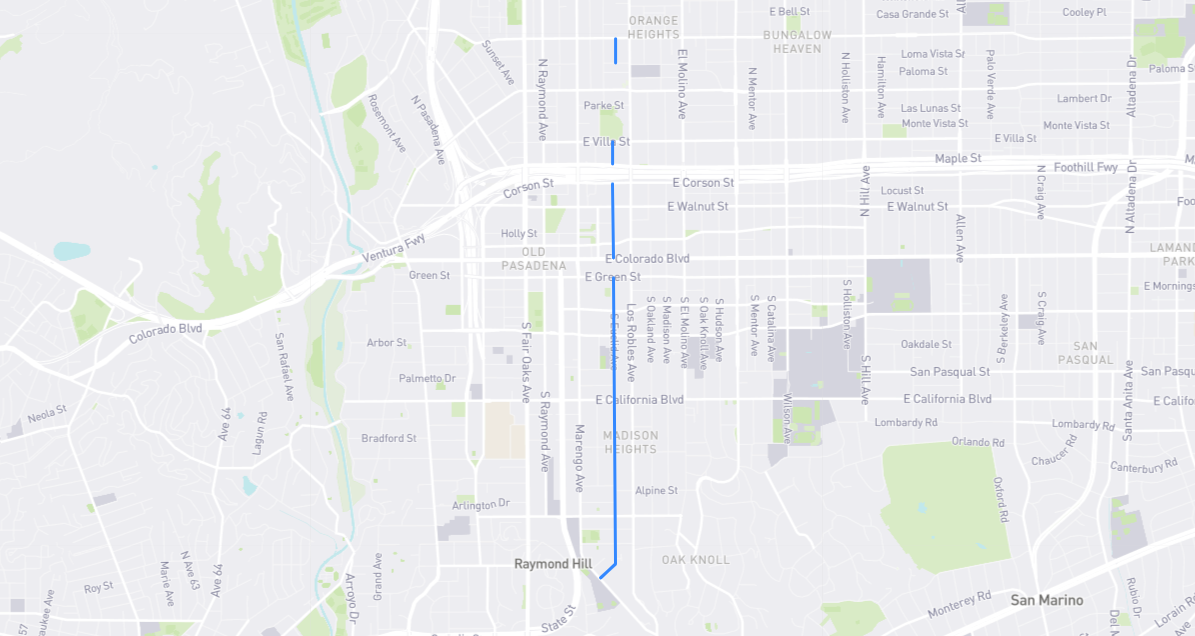