This is just a theory, but since “evarg” is “grave” spelled backwards, it’s possible that Evarg Avenue, born in 1949 on a tract owned by Compton developer/Music Center benefactor S. Mark Taper, was named thus because it led to Lincoln Park Memorial Cemetery. Well, it sort of did: the land between street and cemetery apparently sat vacant until 1958, when Caldwell Street Elementary School opened there. But in 1949, one may have only seen graves from S. Evarg. 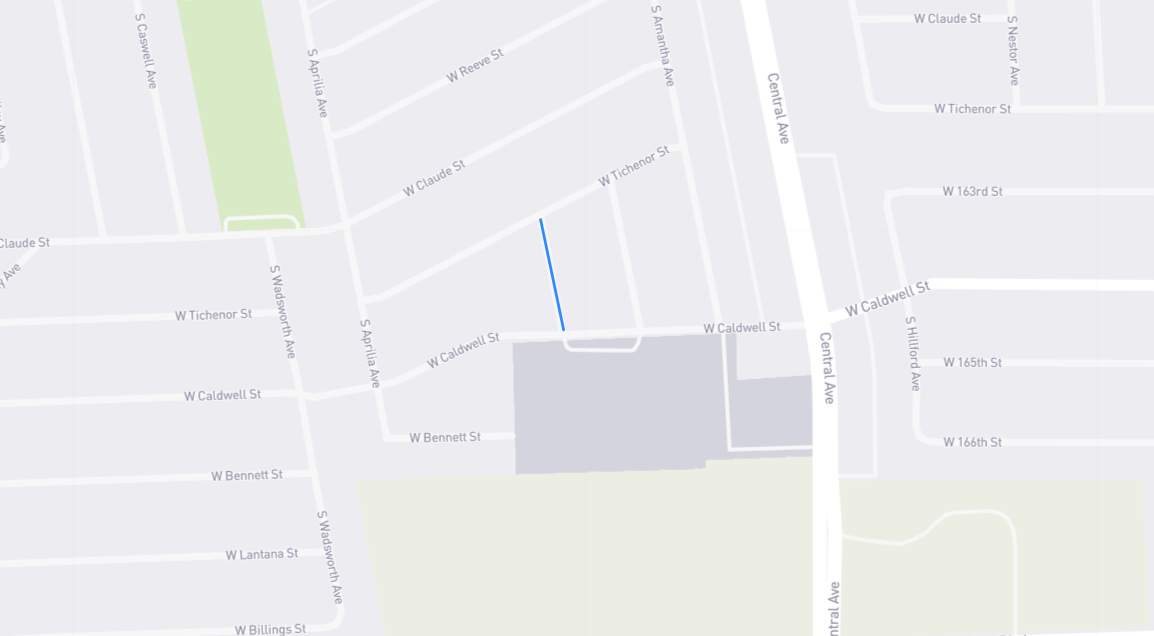