“Tajauta” was the Spanish spelling of an old Kizh (a.k.a. Tongva) Indian village that once existed nearby. It lent its name to Rancho Tajauta, a 3,560 acre land grant given by Manuel Micheltorena to Anastacio Avila (c. 1775-1850) in 1843. (Micheltorena was governor of California at that time, when it was still Mexican territory.) Rancho Tajauta, a.k.a. Rancho Los Cuervos, was located where Watts and Willowbrook sit now. The man who was ultimately deeded the rancho was Anastacio’s son Enrique (c. 1818-1876) – like his father, a onetime alcalde (mayor) of early Los Angeles. The Avila family, whose surname was more often spelled “Abila” in those days, squabbled over this land for years. They were relations of Francisco Avila, of Olvera Street‘s famous adobe. This road was named by 1902 as Tajauta Street. 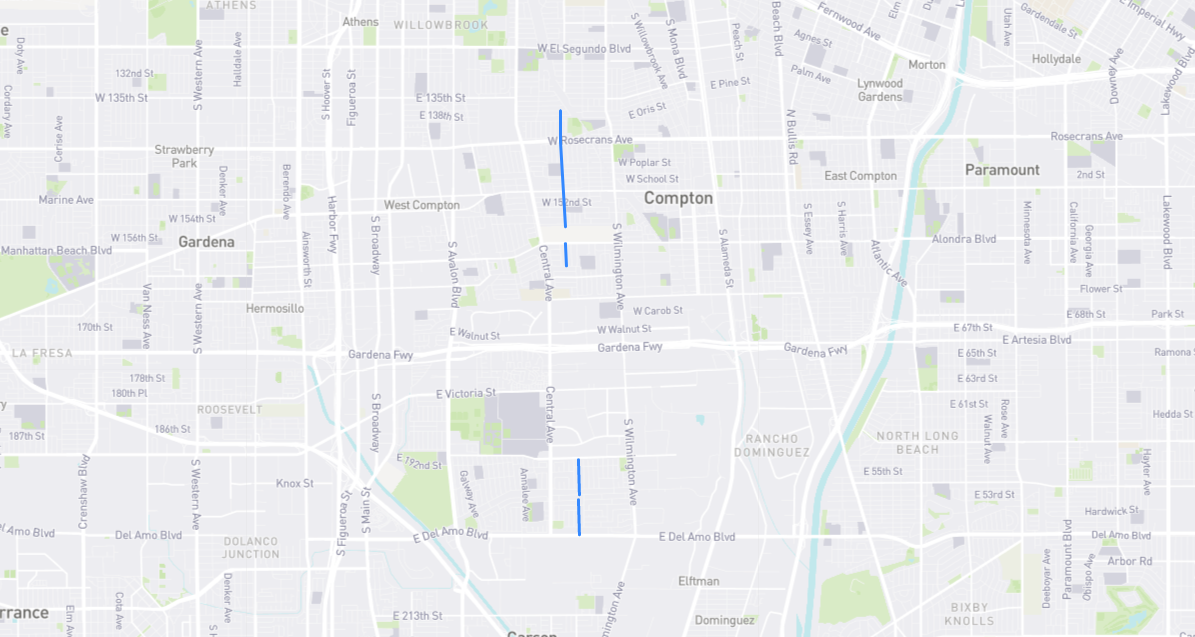