Presumably named for Fielding Wesley Gibson (c. 1814-1891), an El Monte farmer (see that city’s Gibson Road for a biography) who briefly co-owned the land that would become Compton. Although accounts differ on the year, acreage, and price, it’s generally believed that in 1865, Gibson teamed up with big-time speculator F.P.F. Temple to buy some 4,600 acres of the Rancho San Pedro for 36 cents an acre. Two years later, they sold a chunk of it to Griffith Compton and his Methodist homesteaders for $5 an acre. (It’s said that before the settlement took Compton’s name, it was known as “Gibsonville”. I found no proof of that, but can confirm that “Centreville” was a work-in-progress name.) There was a Gibson Street on the 1867 map of the Temple & Gibson tract, but it’s not where Gibson Avenue lies today. This street was named – as Gibson Road – by 1921. 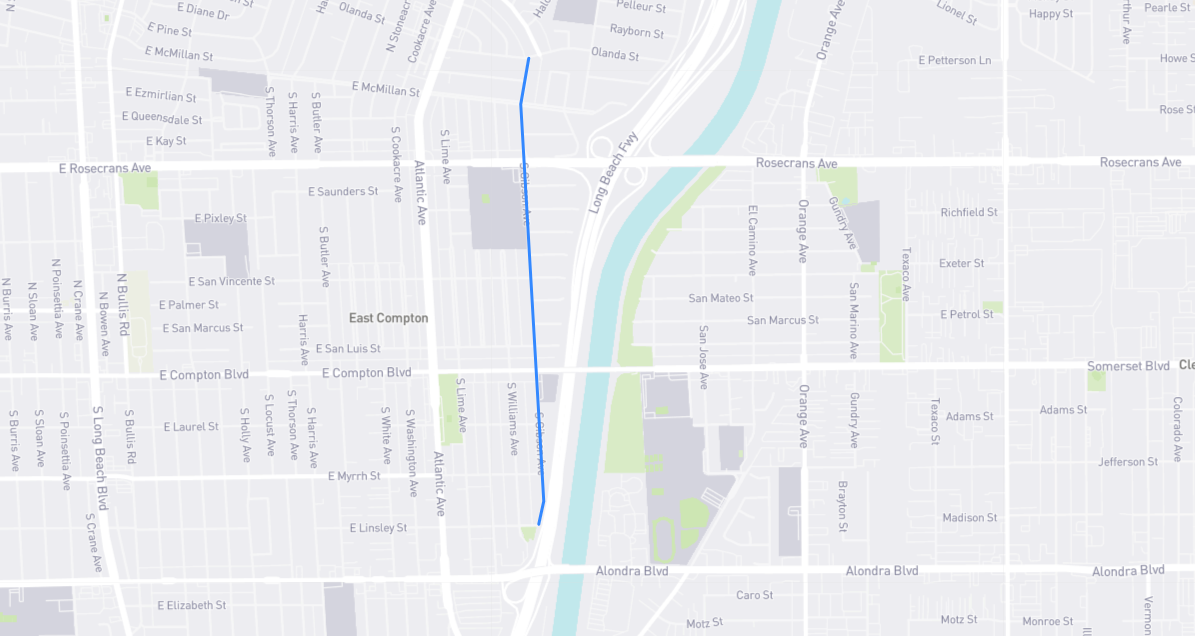