For a 19th century SoCal farmer, having a well was crucial for survival, given this region’s dearth of freshwater. An “artesian” well is merely one that hits an aquifer: groundwater trapped beneath layers of clay or shale. As it happens, “Artesia” is also a pleasant-sounding name. (It’s derived from the northern French region of Artois, home of many artesian wells – but not Stella Artois.) So on February 2nd, 1875, a short-lived syndicate of farmer-investors called the Los Angeles Immigration and Land Co-operative Association announced the opening of their 3,500 acre Artesia tract, promising “strong flowing artesian wells… at every acre”. And thus Artesia was born. (Later in 1875, these same men established the town of Pomona; see Pomona Boulevard for who they were.) Artesia Boulevard was named by 1914. After years of slow expansion, it took over the former 174th Street by 1955, though locals would know the road by both names for years. The City of Artesia incorporated in 1959. 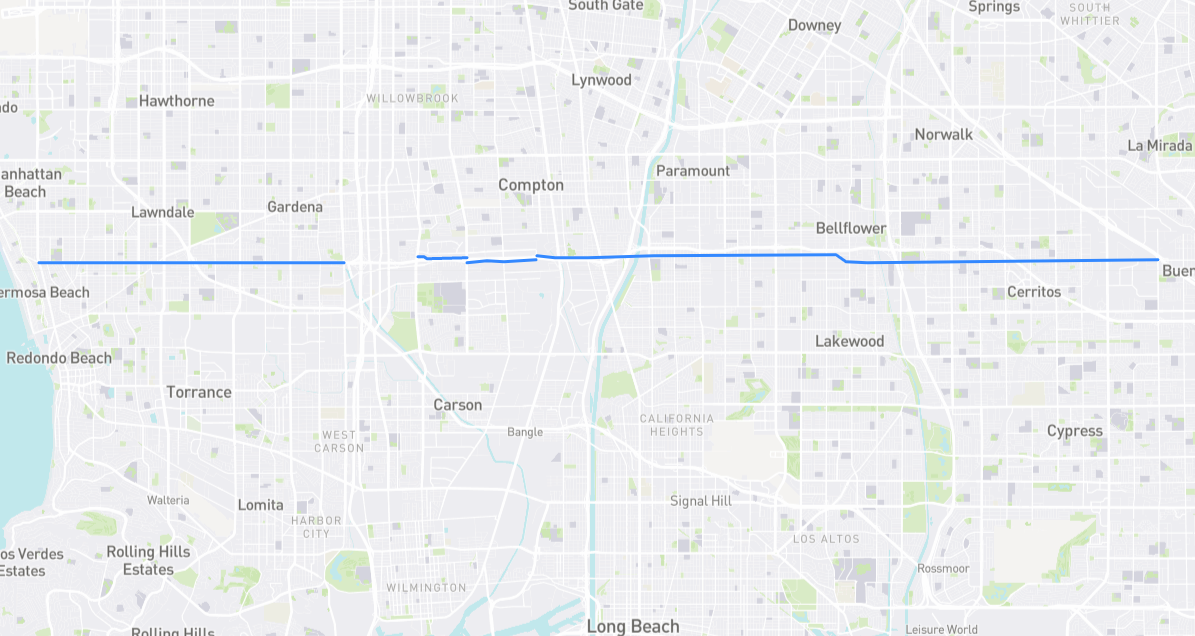