Named for Exposition Park. When the park opened in 1872, it was called “Agricultural Park” and this street was still known as Santa Monica Avenue. (It was the main road to Santa Monica back then.) The park was designed as sort of a permanent county fair, with a farmers market and animal races. Gambling and saloons came to lend it a seedy air, however, so on December 17th, 1910, the park was rechristened – in a Masonic ceremony! – Exposition Park, to be filled with museums, a rose garden, and the Los Angeles Memorial Coliseum. This street was renamed two years later upon the suggestion of French-born civil engineer Felix Viole (1856-1924), who drew several official maps of Los Angeles. 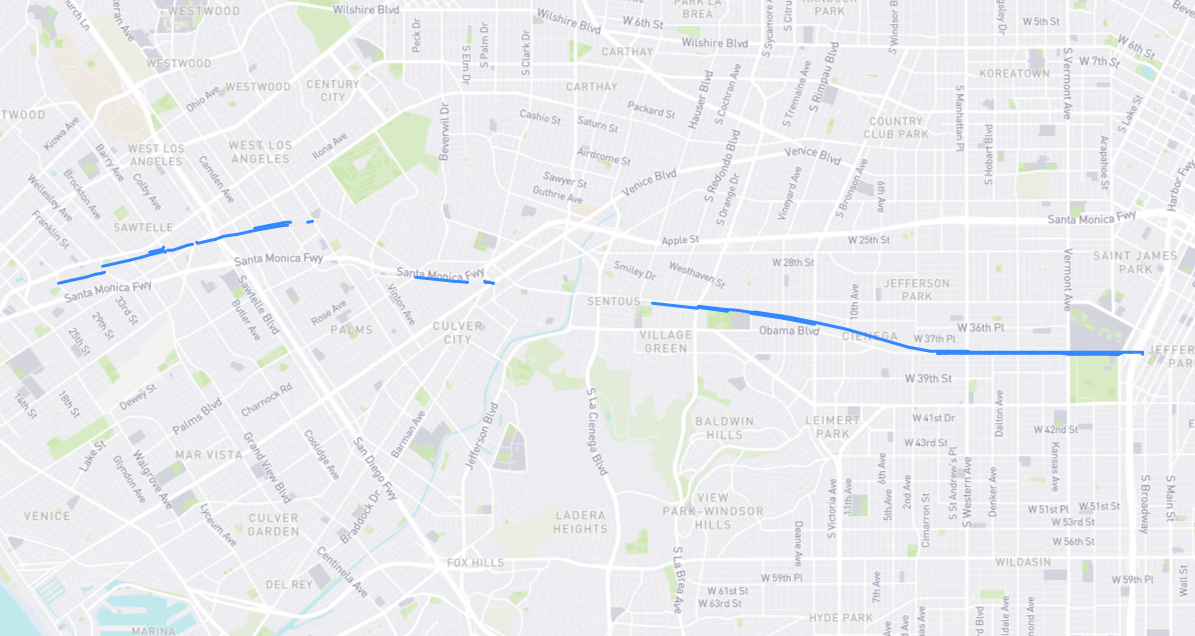