You can guess how this street got its name, as it borders the Los Angeles National Cemetery, the final address of some 85,000 veterans. And across the 405 is the massive West Los Angeles VA Medical Center, run by the U.S. Department of Veterans Affairs. This area’s association with veterans goes all the way back to 1887, when Senator John P. Jones (R-Nevada) and Arcadia Bandini de Baker – both of whom effectively owned Santa Monica, along with de Baker’s husband Robert – agreed to donate 300 acres to the federal government in order to set up a home for Civil War veterans. (The site, which opened in 1888, stands at 388 acres today.) Its full name was the Pacific Branch of the National Home for Disabled Volunteer Soldiers, but folks called it “Soldiers’ Home”. This was pure countryside back then, although the city of Sawtelle would soon develop around the facility. Several Westside streets owe their names to Soldiers’ Home: National, Federal, Military, Westgate, Barry, La Grange, even Corinth. Veteran Avenue itself was named in 1922 during the development of Westwood. 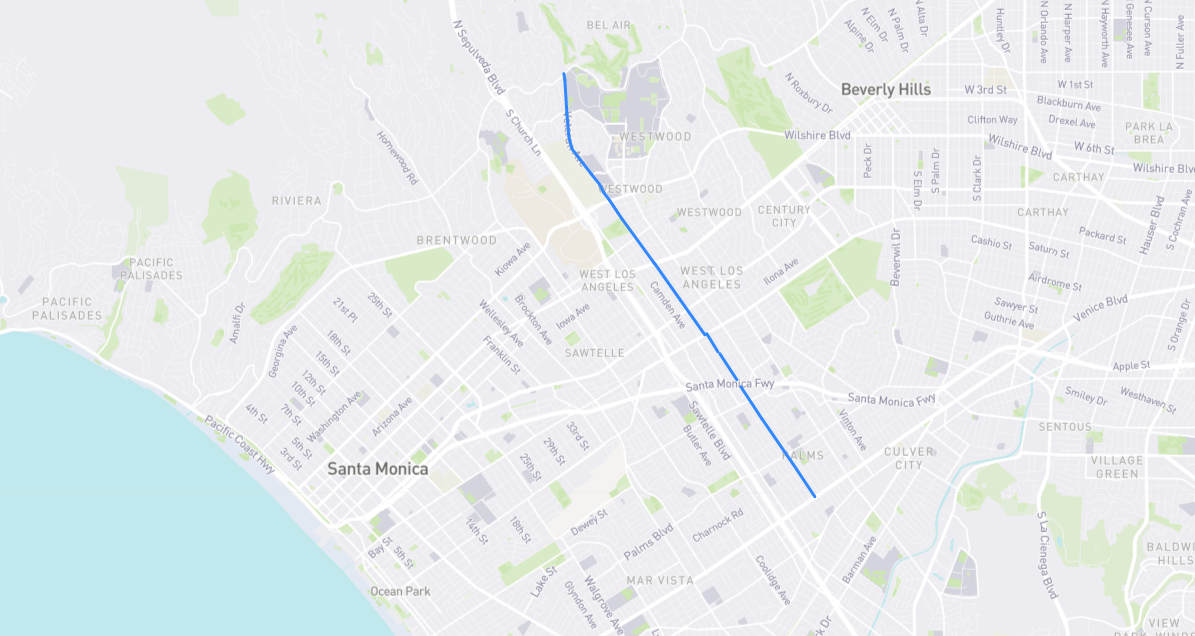