Named for Douglas Fairbanks (1883-1939), one of the biggest stars of silent film. The Denver-born Fairbanks took to the stage as a boy and was touring the country by his teens; he even trod the boards in Los Angeles in 1900. Eventually he found success on Broadway, and while living in New York he married his first wife and fathered his only child, Douglas Fairbanks Jr. Hearing Hollywood’s siren song, Fairbanks and his family moved to L.A. in 1915. Fairbanks quickly became a screen idol, and in 1919, the now world-famous actor established the United Artists motion picture studio with D.W. Griffith, Charlie Chaplin, and Mary Pickford. Fairbanks and Pickford had been romantically involved since 1916, while both were still married to other people. They finally wed in 1920 and moved into their famous Pickfair mansion in Beverly Hills. Here in Culver City, Fairbanks Way and Pickford Way were named in 1927 while UA was planning a backlot nearby. (That never came to pass: see Studio Drive.) Fairbanks’s career fizzled out with the advent of talkies. Pickford left him in 1933 and he died of a heart attack at 56. 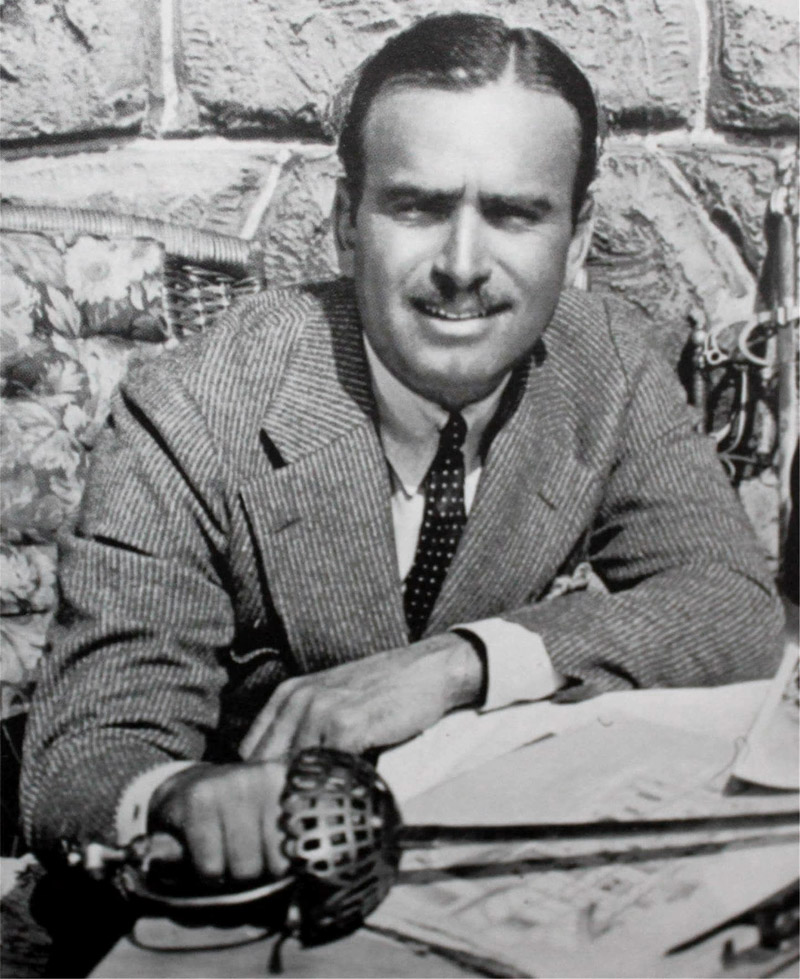