Named for silent movie legend Mary Pickford (1892-1979). (Pickford Street might be named for her too.) Born Gladys Smith in Toronto, Pickford was just 17 when director D.W. Griffith first hired her as a bit player. By the time she was 22, she was the most popular woman in the world. Pickford and fellow superstar Douglas Fairbanks married in 1920 and moved into their famous Pickfair estate, which made Beverly Hills a celebrity magnet. As cofounder of United Artists with Fairbanks, Griffith, and Charlie Chaplin, Pickford enjoyed great autonomy. Yet despite winning an Oscar for 1929’s Coquette, she lost her audience when she dropped her childlike “America’s Sweetheart” persona and trimmed her blond ringlets. Pickford retired from film acting in 1933 and split from Fairbanks soon afterward. Pickford Way and Fairbanks Way were named in 1927, when United Artists was planning to build an auxiliary lot nearby; see Studio Drive for more on that. 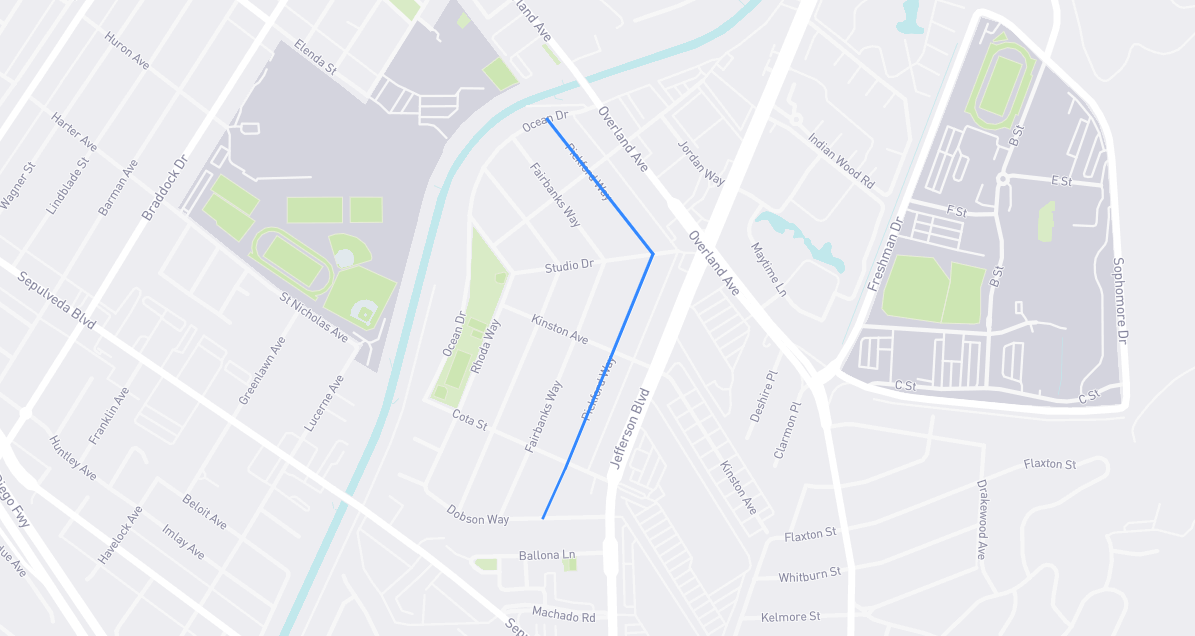