Fairfax High School, a reliable enough source, says that “Fairfax” refers to Thomas, Baron Cameron, 6th Lord Fairfax (1693-1781), friend and neighbor of George Washington and the only British noble to live in the American colonies. (Fairfax High’s Greenway Court Theatre is named after Lord Fairfax’s Virginia estate.) I can’t tell why they named this street after him; my guess is that “Fairfax” was just a common enough place name, it sounded nice, and it was available. The street was originally called Crescent Avenue back in 1889 – you may presume that’s how Crescent Heights got its name – and a June 6th, 1912 news brief noted that City Council was renaming it “West Street” when property owners protested. Four months later, apparently to little protest, it quietly became Fairfax Avenue. 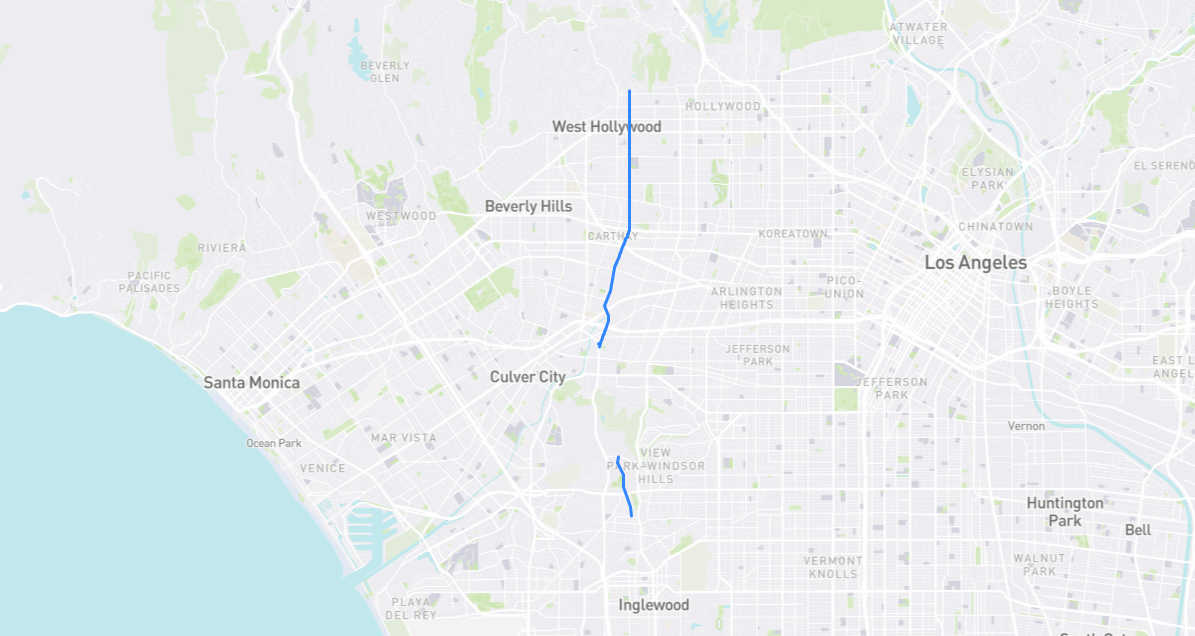